The American middle class—at certain times the envy of the world and, at other times, the object of its derision—is losing ground financially to upper-income families, according to a report from the nonpartisan Pew Research Center.

The total population of the middle class in the U.S. has remained fairly stable since 2010 (51% of American adults lived in middle-class households in 2019, which is the same as 2011).﻿﻿ However, income disparity continues to increase in the U.S. During this same time period, those living in higher-income households made substantial income gains, while the financial gains of those in the middle class (in addition to those in lower-income households) were modest comparatively.﻿﻿

Reversal of a Downward Trend

Prior to 2011, the American middle class had been shrinking for several decades. This downward trend, beginning in 1971, had resulted in a 10% drop in the share of adults in the middle class.﻿﻿

This trend was mirrored in other Western countries during this time period, including Germany, Italy, and Spain. But the opposite was true in France, the Netherlands, and the United Kingdom: the middle class expanded between 1991 and 2010 in these countries, according to a separate report by the Pew Research Center about the state of the middle class in Western Europe.﻿﻿

This report, which looked at the U.S. and 11 Western European countries, found that in the nearly 20 years from 1991 to 2010, the portion of American adults living in middle-class households fell from 62% to 59%.﻿﻿

It defined middle-class households as those with incomes of anywhere between two-thirds and twice that of their country’s median disposable household income. In the case of the U.S., that meant a range of roughly $35,000 to $106,000 a year for a household of three.﻿﻿

The study didn’t consider other common markers of middle-class status, such as occupation, educational attainment, or homeownership.

Income Inequality Is on the Rise

Researchers suspect that this difference between the way that the middle class and higher-income households have fared since 2010 is a lingering result of the Great Recession and an earlier recession in 2001. In fact, only the incomes of those in upper-income households increased between 2000 and 2016, from $183,680 to $187,872.﻿﻿

So, while the total population of the American middle class may be stabilizing, this income class is not experiencing the same level of mobility—or gains in quality of life—that has defined the plight of the American middle class in the past (and made it a desirable social position). And overall, this trend mirrors the long-running rise of income inequality in the U.S.

Economic Recovery After the Great Recession

The economic recovery following the Great Recession of 2007–2009 was one of the slowest in modern times and may have prevented adults who had aspirations of class mobility from moving into upper-income households. This economic recovery also had a profound impact on how income is distributed in the U.S.

In general, the decline in the wealth share of the middle class and the rise of income inequality creates an adverse climate for economic growth. This is because a relative decrease in the incomes of lower- and middle-income families in the U.S. may result in a decline in overall consumption in the country, and this has been shown to increase the level of borrowing (and debt) and decrease investments in education.

For this analysis, the Pew Research center defined “middle-income” Americans as adults whose annual household income is two-thirds to double the national median, after incomes have been adjusted for household size. In 2016, the national middle-income range was about $45,200 to $135,600 annually for a household of three. Lower-income households had incomes less than $45,200 and upper-income households had incomes greater than $135,600 (incomes in 2016 dollars).﻿﻿

Investopedia requires writers to use primary sources to support their work. These include white papers, government data, original reporting, and interviews with industry experts. We also reference original research from other reputable publishers where appropriate. You can learn more about the standards we follow in producing accurate, unbiased content in our editorial policy.
Take the Next Step to Invest
×
The offers that appear in this table are from partnerships from which Investopedia receives compensation. This compensation may impact how and where listings appear. Investopedia does not include all offers available in the marketplace.
Service
Name
Description
Part Of
Understanding Income Inequality Guide

Which Income Class Are You? 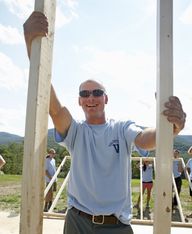 Hollowing Out
Hollowing out is a term often used in reference to the outsourcing of manufacturing jobs and subsequent shrinking of the middle class.
more
The Great Gatsby Curve
The Great Gatsby Curve illustrates the relationship between income inequality in a country and the potential for its citizens to achieve upward mobility.
more
How Income Inequality Works
Income inequality is how unevenly income is distributed throughout a population. The less equal the distribution, the higher income inequality is.
more
What Is the Upper Class?
The term upper class is used to describe individuals who reside above both the working class and middle class of a social hierarchy.
more
Millennials: Finances, Investing, and Retirement
Learn the basics of what millennial need to know about finances, investing, and retirement.
more
Affluenza Definition
Affluenza is a condition arising from the desire to be wealthy; the inability to understand the consequences of actions because of financial privilege.
more