Hopes of a trade deal breakthrough between Washington and Beijing have played a major part in driving China's benchmark stock index, the SSE Composite (000001.SS), up over 17% year to date (YTD). Therefore, it's not surprising to see the key Asian index suffer its largest one-day drop since February 2016 on Monday – a fall of 5.6% – after U.S. President Donald Trump fired off a Sunday tweet indicating that he plans to raise tariffs on $200 billion of Chinese goods to 25% on Friday because trade talks are moving too slowly.

"We felt we were on track to get somewhere. Over the course of last week, we have seen an erosion of commitments by China. That in our view is unacceptable," said U.S. Trade Representative Robert Lighthizer, elaborating further on the president's social media threat, per Bloomberg.

Fears across financial markets were somewhat alleviated later in the global trading day when it emerged that a Chinese delegation still planned to visit Washington on Thursday and Friday this week to iron out sticking points in the ongoing negotiations.

From a technical standpoint, inverse China exchange-traded funds (ETFs) broke above key areas of consolidation in Monday's trading session to usher in a heightened level of volatility as the high-wire talks between the two countries continue. Those who want to bet against Chinese stocks should run their eye over the three funds and trading tactics discussed below.

The Direxion Daily FTSE China Bear 3X Shares ETF (YANG) aims to provide three times the inverse daily return of the FTSE China 50 Index. Its benchmark comprises of the 50 largest Chinese stocks traded on the Hong Kong Stock Exchange with a sizeable tilt toward the financials and communication services sectors. YANG isn't a comprehensive "all China" play, as it excludes China A-shares traded on the mainland and Chinese companies listed only in the United States. Liquidity of over 370,000 shares changing hands daily and a narrow 0.06% spread makes the ETF a traders' favorite when taking a short-term leveraged bet against Chinese stocks. As of May 7, 2019, YANG has over $90 million in net assets, offers a 1.08% dividend yield and is down 36.69% on the year. The fund's 1.08% management fee sits 14 basis points above the category average.

A bullish divergence between the relative strength index (RSI) and YANG's price occurred between the February and April swing lows, meaning that, as the ETF's price made a lower low, the indicator made a shallower low. This indicates waning seller momentum that could result in a reversal to the upside. More recently, buyers pushed the fund's price above an area of consolidation Monday on the heaviest volume in the past 12 months, indicating conviction from the bulls. Traders who buy the breakout should set a take-profit order between $55 and $56, where the price may find resistance from the lower trendline of a previous trading range and the 200-day simple moving average (SMA). Consider setting a stop under this month's low at $41.94.

Formed in mid-2015, the Direxion Daily CSI 300 China A Share Bear 1X Shares (CHAD) seeks to provide investment results that correspond to the inverse daily performance of the CSI 300 Index. The underlying index consists of the 300 largest Chinese stocks traded on the Shanghai and Shenzhen exchanges. CHAD provides access to exclusive China A-shares that are generally available for trading only to mainland Chinese citizens, making it an excellent instrument for those wanting to short these shares. With a spread of 0.12% and an average trading volume of roughly 40,000 shares per day, traders may want to use limit orders to minimize slippage. The ETF has assets under management (AUM) of $21.86 million, pays an attractive 2.32% dividend yield and is trading down 26.05% YTD as of May 7, 2019. Traders pay a 0.85% management fee.

CHAD shares have spent the majority of 2019 in freefall on trade deal breakthrough hopes. However, President Trump's tariff threat tweet sent the bulls stampeding back into the fund on Monday, May 6, to create a gap above a four-month downtrend line. Like YANG, a bullish divergence between price and RSI appears on CHAD's chart, suggesting that a significant bottom is in place. Look for price to test $35, where a confluence of resistance awaits from a horizontal line and the 200-day SMA. Stops could sit either below yesterday's gap candlestick low at $30.27 or under the 50-day SMA.

With an asset base of $34.8 million, the ProShares UltraShort FTSE China 50 (FXP) has an objective of returning two times the inverse daily returns of the FTSE China 50 Index. The leveraged fund provides a good bet against Chinese state-owned enterprises with its above-average exposure to financial, energy and telecom companies. Top benchmark index companies by weighting include technology conglomerate Tencent Holdings Limited (TCEHY) at 9.14%, China Construction Bank Corporation (CICHF) at 8.58% and Industrial and Commercial Bank of China Limited (IDCBY) at 6.83%. Trading at $59.69 with a 0.45% dividend yield and charging a competitive 0.95% management fee, the ETF has a YTD return of -25.97% as of May 7, 2019.

Despite the FXP share price closing well off its session highs, it still created a gap above recent consolidation that may trigger more buying in the short to mid-term. The RSI sits well below overbought levels, which gives the price ample room to push higher before further consolidation. Look to bank profits on a run up to the 200-day SMA. More aggressive traders may want to set a profit target near the October 2018 swing high at $85.47. Manage risk by cutting losing trades if the ETF's price drops beneath the low set on Friday, May 3, at $56.63. 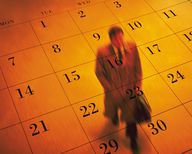 3 ETFs to Watch Amid China's 70th National Day Celebrations
Partner Links
Related Terms
Macro-Hedge
A macro-hedge is an investment technique used to mitigate or eliminate downside systemic risk from a portfolio of assets.
more
China ETF
A China ETF is an exchange-traded fund that invests in and tracks the equity stakes of China-based companies.
more
Short Selling: Definition, Pros, Cons, and Examples
Short selling occurs when an investor borrows a security, sells it on the open market, and expects to buy it back later for less money.
more
Single-Stock ETF
Single-stock ETFs are a new exchange-traded product that allows for leveraged or inverse trading of single stocks.
more
Inverse Volatility ETF
An inverse volatility exchange-traded fund (ETF) is a financial product that allows investors to bet on market stability without having to buy options.
more