So you want to join the military. Whether you feel called to serve your country, service runs in the family, or you are largely drawn by the many potential benefits of joining up, deciding how to participate is a major decision. Besides which branch to serve in, you can choose to be on active duty or in the reserves—and your choice will be life defining.

Here are the major requirements and benefits of each.

You must meet certain minimum requirements to join the military, whether full-time or part-time. You must be a U.S. citizen or permanent resident who is at least age 17, and if you’re not yet 18, you need parental permission. You need a high school diploma or GED, but entrance is more difficult with a GED.

You’ll need to achieve a minimum score, which varies by branch, on the Armed Forces Qualification Test and the Armed Services Vocational Aptitude Battery (ASVAB) test. Also, you must pass a military entrance medical exam and background check. Upon acceptance, you’ll attend basic training (also called “boot camp” or “recruit training”), which lasts eight to 13 weeks, depending on your branch. You could then attend Officer Candidate School or advanced individual training if your job requires it.

Both active duty and reserves have maximum age restrictions for who can enlist, but these differ by branch, as do physical fitness requirements. For example, to join the Air Force, you can’t be older than 39, and you must pass the Air Force Basic Military Training Fitness Test.

All service members must adhere to gender-specific physical requirements related to weight, fitness, hair, nails, piercings, tattoos, and attire. In general, you must maintain a neat, professional, and natural appearance.

Active duty is considered a 24/7 job, but you can generally expect to have regular work hours and weekends off. Personal time off, which is known as “leave,” is a total of 30 days per year, accrued at a rate of 2.5 days per month, and must be approved by your command. You will also get time off, called “liberty,” of 24, 48, 72, or 96 hours for weekends and holidays. Sick time must be approved by medical personnel but is not counted against your leave time.

In the reserves, you will usually serve within a 90-minute drive of your home at least one weekend a month for unit training, plus a two-week field service exercise per year. The rest of your time is yours.

Whether you sign up for active duty or the reserves, you’ll be legally bound to complete your minimum service requirement. Enlisting means giving up a great deal of control over your life. Read your contract before you sign it. Have someone you trust (who is not a recruiter) read it as well and discuss it with you. Make sure you understand the full scope of your commitment.

If you don’t know anything about the military, you might think active duty means putting yourself in the line of fire, while reserve duty means being next in line for combat if there aren’t enough active-duty service members to fill a need. It’s way more nuanced than that.

When you join the military, you’ll speak with a service enlistment counselor to determine what your job specialty will be. Your preferences do matter somewhat, but ultimately your specialty will be based on what the service needs, which jobs are available, your ASVAB test score, and the job’s physical requirements compared with your physical ability.

For example, you could be a financial management technician in the Army as an enlisted soldier or a reservist. Someone who holds this job as a reservist might be an accountant or financial planner in their civilian job.

On active duty, you may have a say in where you live, but ultimately, the government will station you wherever it needs you, which could be in the United States or overseas. You will live on or near a military installation. You can expect to move every two to three years.

In the reserves, the government will station you near your home, where you can pursue your education or civilian career full time. You can live anywhere in the United States. If you are called to active duty or deployed, there is a good chance that you will have to move.

Members of the Individual Ready Reserves (IRR) can be called up to replace active-duty or reserve-duty soldiers. Some have completed active-duty service but still have a military commitment to fulfill. Others have fulfilled their obligation but remain by choice. Members of the IRR are not part of a drilling unit, and participating in annual training is optional.

How often you get deployed, where you are deployed, and what you do during deployment depend on your military branch, your skills, and the military’s needs. Deployment often lasts six to 12 months. Conditions of deployment can make staying in touch with loved ones back home a challenge. Deployment does not necessarily mean going into combat.

Pay as a reservist is per weekend drill plus annual two-week training, and it increases based on rank and years of service. In 2021, pay starts at about $306 per month for someone with the lowest rank and least experience, based on the typical service of one weekend a month and two weeks a year. You also earn base pay for basic training.

Benefits for reservists include healthcare for themselves and their families through the TRICARE Reserve Select plan, where you are responsible for annual premiums, a deductible, and cost sharing; educational assistance through the GI Bill with at least six years of service; and eligibility for the military’s Blended Retirement System pension and thrift savings plan (TSP). Reservists who are activated or deployed become eligible for active-duty pay and benefits.

According to Blue Star Families, a nonprofit dedicated to strengthening military families, being deployed or called to active duty from the reserves can result in job loss, reduced hours or pay, lost training or promotion opportunities, and other negative consequences in spite of federal laws that are supposed to protect service members against these negative consequences.

Joining the military is a major decision. You can’t easily break your commitment, and doing so has serious consequences. Furthermore, whether you join the active-duty service or the reserves, you could be deployed, though your chances are greater on active duty. Both part- and full-time duty offer many benefits, but these come with the potential for major sacrifices that will affect both you and your loved ones, so it’s a decision to consider carefully.

Article Sources
Investopedia requires writers to use primary sources to support their work. These include white papers, government data, original reporting, and interviews with industry experts. We also reference original research from other reputable publishers where appropriate. You can learn more about the standards we follow in producing accurate, unbiased content in our editorial policy.
Take the Next Step to Invest
×
The offers that appear in this table are from partnerships from which Investopedia receives compensation. This compensation may impact how and where listings appear. Investopedia does not include all offers available in the marketplace.
Service
Name
Description
Part Of
Saving and Investing for Military Personnel Guide
Related Articles

Enlisting: How Pay and Benefits Work 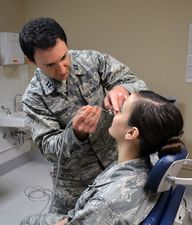 Does the Military Pay for College?

What You Need to Know About Military Family Finances
Partner Links
Related Terms
Veterans Group Life Insurance (VGLI)
Veterans Group Life Insurance (VGLI) is a term policy for ex-members of the military that continues the group coverage they had while in active service.
more
What Is Student Loan Forgiveness?
Student loan forgiveness is a release from having to repay the borrowed sum, in full or in part. Here is how to get student loans forgiven.
more
Post-9/11 GI Bill
The Post-9/11 GI Bill provides education benefits to military veterans who have taken part in active-duty service after Sept. 10, 2001.
more
The SCRA offers financial protection for active-duty service members.
The Servicemembers Civil Relief Act (SCRA) is a law aimed at protecting service members financially during the time they’re serving the country.
more
Publication 3 Armed Forces' Tax Guide
IRS Publication 3 Armed Forces' Tax Guide covers how and when active U.S. military service personnel should file their tax returns.
more
Military Bank
A military bank is a financial institution that offers services tailored to members of the armed services.
more