Auction houses specializing in the sales of expensive art and collectibles registered record revenue this year, defying a global economic downturn as rebound from pandemic-era shutdowns.

London-based Christie's announced annual sales of $8.4 billion in 2022—$7.2 billion via auctions and an additional $1.2 billion in private sales—the highest in its 256-year history. New York-based rival Sotheby's reported $8 billion in sales this year, also a record for the 278-year-old business.

Both houses had a second year of strong buyer interest after the pandemic hindered auctions in 2020, and both benefited from unprecedented sales of individual collections and featured events.

Christie's, whose sales increased 18% from last year, secured about a fifth of its 2022 revenue with the sale of late Microsoft co-founder Paul Allen's extensive art collection. That collection, spanning 500 years of art history, sold for $1.6 billion, making it the largest ever single-owner sale. Five paintings, including works from Cezanne, Van Gogh, and Gaugin, sold for more than $100 million apiece.

The picture at rival Sotheby's is more complicated. The company's revenue rose 10% from a year ago due to its ownership stakes in car auctioneer RM Sotheby's and real estate auctioneer Sotheby's Concierge Auctions. Sales of fine art and luxury items totaled $6.8 billion, about a 7% decrease from last year's $7.3 billion.

Nonetheless, Sotheby's also benefited from the sale of high-profile collections, such as that of New York real estate developer Harry Macklowe and his ex-wife, Linda. Amid their bitter divorce, the New York State Supreme Court in 2018 ordered the auction of the former couple's entire collection. That auction and five others in a series featuring post-1900 art brought Sotheby's $1.1 billion in revenue in just five days in May.

Global auction houses, because of their generally wealthy clientele, often are immune to the vagaries of the global economy. But as the pandemic showed, that's not always the case. 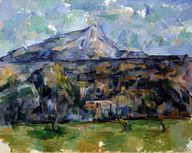 OpenAI's ChatGPT Has Plenty to Say, Except on Parent's $29 Billion Valuation

Is Ticketmaster a Monopoly?

How eBay Makes Money: Seller Transactions and Marketing Services
Partner Links
Related Terms
What Are CryptoPunks?
CryptoPunks are non-fungible tokens (NFTs) that can sell for millions of dollars. They are considered a type of art, sold by Christie’s and Sotheby’s as well as individual owners.
more
Sotheby's
Sotheby's is one of the world's largest auction houses and brokers of art, collectibles, jewelry, and real estate.
more
What Is a Tontine?
A tontine is a kind of capital investment plan that began in the 17th century in Italy and peaked in the early 1900s in Europe and the U.S.
more
Giving Tuesday
Giving Tuesday is a global initiative that encourages people to donate their time and money to charitable causes on the Tuesday after Thanksgiving.
more
Lehman Moment
“Lehman Moment” refers to when a company’s problems or one seemingly minor part of the economy turn out to be so large they become everyone’s problem.
more
What Is Wall Street? Role in Investing and Why It's Famous
Wall Street is in lower Manhattan and home to the New York Stock Exchange (NYSE). Wall Street is an umbrella term describing the financial markets.
more