Microsoft (MSFT) announced Wednesday it would lay off 10,000 employees accounting for 5% of its workforce, ahead of its Jan. 24 quarterly earnings report, which is expected to show the first profit decline in eight years amid a broad economic slowdown.

The technology giant is expected to post adjusted Q2 fiscal year (FY) earnings per share (EPS) of $2.30 after Tuesday's closing bell, a decline of 7% from a year earlier, based on analysts' estimates tracked by Visible Alpha. Revenue is expected to increase by just 2.4%, the slowest pace in at least five years.

Growth in demand for the company's Office software suite and cloud services has likely continued to slow amid higher interest rates and recent cuts in corporate spending on technology. Meanwhile, sales of the Windows operating system are already in decline amid a long-term shift from desktop to mobile computing.

"As we saw customers accelerate their digital spend during the pandemic, we’re now seeing them optimize their digital spend to do more with less. We’re also seeing organizations in every industry and geography exercise caution as some parts of the world are in a recession and other parts are anticipating one," Microsoft CEO Satya Nadella wrote in an email to employees announcing the layoffs.

Microsoft said it would carry out the layoffs by the end of March, and would record a charge of $1.2 billion in the most recently completed quarter for severance costs, hardware portfolio changes, and lease consolidation that will reduce earnings by 12 cents per share.

Nadella's reference in the email to customers' slowing digital spending may foreshadow another near-term disappointment for Azure, Microsoft's public cloud computing business segment. Azure's growth in Microsoft's September quarter slowed to 35% from 50% a year earlier, and the company said in reporting those results the growth rate would continue to decline, triggering an 8% decline in Microsoft shares the next day.

Azure "is entering a steep growth deceleration that could prove to be worse in FY23/FY24 than investors are modeling," UBS analyst Karl Keirstead warned in a Jan. 4 research note downgrading Microsoft's stock to Neutral from Buy.

Guggenheim analyst John DiFucci downgraded Microsoft shares to Sell from Neutral, writing Tuesday that Azure growth estimates are at risk. Guggenheim said Microsoft depends more heavily than other tech suppliers on small and medium-sized businesses that tend to suffer and retrench more than large companies during economic downturns. "While most investors see MSFT as a large stable business that can weather any storm, it does have vulnerabilities, some of which could be exacerbated by this macro slowdown," DiFucci wrote.

Microsoft shares fell 29% in 2022, slightly outperforming the 33% decline in the Nasdaq-100 index, in the stock's worst annual performance since 2008. Over the past year, Microsoft shares have falling produced a loss of nearly 21% including dividends, versus a 20% decline for the S&P 500 Information Technology Sector Index. The stock fell more than 2% Wednesday, returning to the minus column for 2023.

Microsoft's job cuts follow big recent layoff announcements by other tech bellwethers. Cloud software provider Salesforce (CRM) said on Jan. 4 it would lay off 8,000, while Microsoft's cloud rival Amazon.com (AMZN) revealed the same day its latest round of layoffs will cut 18,000 jobs, up from the estimated 10,000 when they were announced last year.

Microsoft's Intelligent Cloud operating segment provides public, private, and hybrid servers and cloud services, including the company's fast growing Azure public cloud service. Azure has been Microsoft's primary growth and valuation driver, but its expansion is slowing amid stiff competition for enterprise clients from Amazon and Alphabet (GOOG, GOOGL), and in the wake of rapid cloud adoption in the first two years of the COVID-19 pandemic.

"During the pandemic there was rapid acceleration. I think we’re going to go through a phase today where there is some amount of normalization in demand,” Nadella told Bloomberg Wednesday.

Analysts expect the company's Intelligent Cloud revenue to grow 17% year-over-year in the December quarter, down from growth of 26% a year earlier. 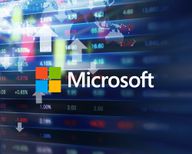 Microsoft Q3 2021 Earnings Preview: What to Look For

Microsoft Q4 FY 2021 Earnings Report Preview: What to Look For

Microsoft Q1 FY2022 Earnings Report Preview: What to Look For

Largest Layoffs of 2023
Partner Links
Related Terms
What a Layoff Means, Plus Statistics and an Example
A layoff occurs when an employer suspends or terminates a worker, either temporarily or permanently, for business rather than performance reasons.
more
Recession: What Is It and What Causes It
A recession is a significant decline in economic activity that lasts longer than a few months.
more
What Is the Dow Jones Industrial Average (DJIA)?
The Dow Jones Industrial Average (DJIA) is a popular stock market index that tracks 30 U.S. blue-chip stocks.
more
Aggregate Demand: Formula, Components, and Limitations
Aggregate demand is a measurement of the total amount of demand for all finished goods and services produced in an economy.
more
Structural Unemployment: Definition, Causes, and Examples
Structural unemployment is a longer-lasting form of unemployment caused by fundamental shifts in an economy.
more
Consumer Price Index (CPI) Explained: What It Is and How It's Used
The Consumer Price Index (CPI) measures change over time in the prices paid by consumers for a representative basket of goods and services.
more