The Cambridge Analytica scandal has had implications far beyond Facebook Inc. (FB), dragging down other tech stocks as well.

To be sure, Facebook's troubles may have acted as a catalyst for investors to act on other fears that already beset the technology sector. These include high valuations by historical standards for the market in general and for tech stocks in particular, worries that the long bull market finally might be nearing an end, the mounting prospect of trade wars and growing concerns that leading technology companies might be constrained by regulation, most notably Facebook and Google parent Alphabet Inc. (GOOGL). (See also: Why a 20% Plunge In Tech Stocks Is a Buying Opportunity.)

For the 25 tech stocks that Goldman analyzed, they looked at the correlation of their prices with Facebook during two time periods, from March 15 through April 11, and from 2012 through April 11. A correlation of 1.00 indicates perfect positive correlation, meaning that if Facebook stock is up or down by a given percentage, the stock in question tends to be up or down by the same percentage. A correlation of 0.50, for example, indicates that the stock in question tends to have a percentage move that is half that of Facebook. Here are those figures, along with how much these stocks have fallen from their 52-week highs through the open on April 16:

Goldman's findings were presented in a report dated April 12, "U.S. Macroscope: Where to find stock-picking opportunities in a correlated market." Data on 52-week highs is per Yahoo Finance.

As the figures above indicate, the correlations between Facebook stock and the 10 stocks listed above have surged in recent weeks. This is part of a larger phenomenon. Goldman reports that correlations among stocks in the entire S&P 500 Index (SPX) have jumped from an all-time low of 9% at the start of 2018 to 52% as of last week, the biggest and fastest increase since 1980, with the exception of 1987. They believe that this is a temporary anomaly. "Stock correlations are mean-reverting and we expect they will fall given the idiosyncratic nature of policy risks," Goldman writes.

The historic low correlation of 9% in early January, Goldman believes, was partly driven by tax reform, which created a diverse set of winners and losers. Right now, they say, high correlations are being caused by widespread uncertainty over trade, regulation and the upcoming midterm elections for Congress.

Facebook's recent woes are tied to a growing public relations and political flap over data privacy issues. However, as pointed out by TheStreet, these concerns are irrelevant for the likes of video game publishers Take-Two and Electronic Arts, semiconductor maker NVIDIA, computer networking company Cisco or data storage device maker Western Digital, among others.

However, as Goldman points out, the growing trade war with China has become a genuine worry for chipmakers such as NVIDIA. They could have added that other U.S.-based sellers of tech hardware, software and services face the same trade-related risks. Nonetheless, NVIDIA is among the stocks that Goldman recommends on the basis of rapid sales growth. (See also: 9 Stocks Fueled By High-Octane Sales Growth.)

Meanwhile, some observers feel that worst is far from over for Facebook, The Wall Street Journal reports. As Brad Slingerlend, manager of the Janus Henderson Global Technology Fund, told the Journal, "I'm not sure [Facebook shares] have come down enough to reflect that [data handling] risk." He also noted that Facebook CEO Mark Zuckerberg's tight control over his company is another source of uncertainty, adding that "The range of outcomes for Facebook has widened significantly." 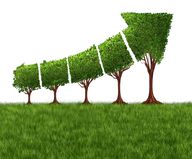 Why Money Is Flooding Into Tech Funds
Partner Links
Related Terms
FAAMG Stocks
FAAMG is an abbreviation coined by Goldman Sachs for five of the top-performing tech stocks in the market, Facebook, Amazon, Apple, Microsoft, and Google.
more
CBOE Volatility Index (VIX): What Does It Measure in Investing?
The Cboe Volatility Index, or VIX, is an index created by Cboe Global Markets, which shows the market’s expectation of 30-day volatility.
more
Financial Technology (Fintech): Its Uses and Impact on Our Lives
Fintech, a portmanteau of "financial technology", is used describe new tech that seeks to improve and automate the delivery and use of financial services.
more
Telehealth Definition
Telehealth refers to the use of telecommunication technology, such as smartphones and computers, to provide healthcare and services at a distance.
more
Blockchain Facts: What Is It, How It Works, and How It Can Be Used
A blockchain is a digitally distributed, decentralized, public ledger that exists across a network. It is most noteworthy in its use with cryptocurrencies and NFTs.
more
What Is a Graphics Processing Unit (GPU)? Definition and Examples
A Graphics Processing Unit is a chip or electronic circuit capable of rendering graphics for display on an electronic device.
more