Biotech stocks have been grinding higher since the Nasdaq Biotech ETF (IBB) bottomed in mid-November. But shares of the ETF are nearing a significant breakout, one which could send the ETF higher by nearly 9%. Meanwhile, Amgen Inc. (AMGN), Biogen Inc. (BIIB) and Jazz Pharmaceuticals plc. (JAZZ) are also nearing significant breakouts, with all three having the potential to rise nearly 15% or more.

The chart of the Biotech ETF shows how the group has been trending higher over the past two months. With the ETF nearing a technical resistance level around $114, an increase above that resistance level could see the ETF move higher by about 9% on towards $122. It would be the second such attempt the ETF is making to break out and rise above $114. The last time was back in mid-October, but it failed, leading a nearly 12% correction in the group. But this time seems different because the relative strength index (RSI) has been trending higher. On the last attempt the breakout came with an RSI trending lower—a bearish divergence. (For more, see also: Why Biotech Stocks Are Nearing a Rebound.)

Additionally, we have some positive momentum occurring in some of the larger weighted companies in the ETF.  Biogen carries a weighting of over 8%. The stock is nearing a major breakout as well, and should the stock cross $355 it would trigger a breakout, which could send shares rising by about 17$ on towards $400. Again like the Biotech ETF, the RSI for Biogen has been trending higher and is well below 70, meaning shares are not in overbought territory yet. Additionally, the company is scheduled to report fourth-quarter 2017 results on January 25, which could act as the positive catalyst.

Jazz Pharmaceuticals has been trending lower since July of 2015, but like the other is also on the cusp of a major breakout, and has the potential to rise by nearly 28% to about $190, from its current price around $148. The stock is just below a multi-year downtrend, which helped to form a considerable symmetrical triangle. A move higher, above the downtrend, would trigger that breakout.

Finally, Amgen is nearing a breakout should the stock cross over $192. Shares have already climbed by nearly 15% since bottoming in November around 167. A similar rise takes the stock to about $191. Like Biogen, Amgen accounts for 8% of the Nasdaq Biotech ETF. (For more, see also: Why Amgen's Stock May Rise Over 30%: Todd Gordon.)

The group appears poised to breakout, and with earnings season looming, that may be the boost these stocks and the sector need to start rising in a big way again.

4 Biotechs on Verge of Big Breakouts 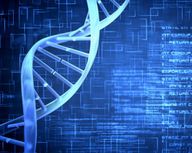 3 Stocks That May Lead a Massive Biotech Breakout

3 Biotech Stocks Poised to Rise by 15% or More
Partner Links
Related Terms
The Basics of Biotechnology
Biotechnology is the scientific study using living organisms to develop healthcare products and processes. Learn how to invest in biotech companies.
more
Three White Soldiers
Three white soldiers is a bullish candlestick pattern that is used to predict the reversal of a downtrend.
more
Relative Strength Index (RSI)
The Relative Strength Index (RSI) is a momentum indicator that measures the magnitude of recent price changes to analyze overbought or oversold conditions.
more
What Is the Dow Jones Industrial Average (DJIA)?
The Dow Jones Industrial Average (DJIA) is a popular stock market index that tracks 30 U.S. blue-chip stocks.
more
Telehealth
Telehealth refers to the use of telecommunication technology, such as smartphones and computers, to provide healthcare and services at a distance.
more
Index Funds: How They Work, Pros and Cons
An index fund is a pooled investment vehicle that passively seeks to replicate the returns of some market indexes.
more