It's hard to tell from this tough November tape, but small caps have entered positive seasonality that will last through the first quarter of 2019. As a result, now's the right time to search the group for bullish patterns that could pay off in profits once current headwinds start to dissipate. Of course, no one knows when that's going to happen, but the period between Thanksgiving and New Year's Day looks like a good bet.

Low-priced members of this speculative group could post the strongest upside, even in adverse market conditions, because they're poorly covered by Wall Street and not components in sector funds that often get targeted by predatory algorithms during downturns. Of course, there are no guarantees that this seasonal event will kick in on schedule, so it is a good idea to place stop losses after trade entry to limit unexpected losses.

Utah's Vivint Solar, Inc. (VSLR) is set to benefit from California's solar mandate, which will require solar power in new home construction starting in 2020. The stock came public near $17 in 2014 and drifted sideways into a 2016 breakdown that posted an all-time low at $2.16 in May 2016. A 2017 base breakout stalled just above $6.00, giving way to a rounded correction that is now completing the last stage of a cup and handle pattern.

Accumulation is close to an all-time high, signaling strong speculative interest. A cup and handle breakout would yield an impressive measured move target near $9.50, which is close to a 2015 breakdown into single digits. More importantly, that's the last major barrier before the stock has an opportunity to trade into the IPO opening print and reward long-suffering shareholders. Given the 2020 rule change, this low-priced play is best suited to holding periods in excess of one year.

Dallas-based Zix Corporation (ZIXI) provides encryption and security services to the healthcare, financial services and insurance industries. A year-long uptrend ended at $6.24 in 2007, establishing a resistance level that ended breakout attempts in 2011, 2013, 2015 and 2017. The stock has held within a shallow rising channel for the past eight years, with downturns finding support between $2.00 and $3.50.

The stock returned to resistance for the fifth time in October 2018, ending the every-other-year rally phenomenon, and has eased into a high pennant pattern. A rally above $7.00 would confirm a multi-decade breakout, opening the door to an uptrend that could reach the 2004 rally high in the upper teens. Accumulation recently spiked to a multi-year high, adding a stiff tailwind to the breakout effort.

Medical Transcription Billing Corp. (MTBC) provides information technology to the healthcare industry through its New Jersey headquarters. It came public a $5.00 in 2014 and entered a steep downtrend that hit an all-time low at 29 cents in April 2017. The subsequent uptick stalled just above the IPO level six months later, giving way to a pullback, followed by a slow-motion uptick that reached resistance in July 2018.

It's been a waiting game since that time, with price action carving a triangle or shallow wedge at 2017 resistance. A breakout would be significant because the stock would be trading at an all-time high for the first time, with no overhead supply to limit gains. Those types of rallies often exceed logical price targets, so patience could be rewarded with outsized gains. Even so, traders shouldn't hesitate to sell the stock for a loss if a decline breaks the three-month rising trendline.

Low-priced stocks with bullish patterns could post superior gains between now and the end of the first quarter in 2019.

<Disclosure: The author held shares of Vivint Solar in a family account at the time of publication.>

Micron Stock Could Rally Into the Upper $70s 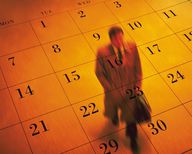 Defense Stocks Could Rally After North Korea Saber-Rattling
Partner Links
Related Terms
SEC vs. Ripple
Ripple Labs, creator of the XRP cryptocurrency token, has been caught up in an SEC lawsuit for years. The outcome could have repercussions for cryptocurrency regulation.
more
Cup and Handle Pattern: How to Trade and Target with an Example
A cup and handle is a bullish technical price pattern that appears in the shape of a handled cup on a price chart. Learn how it works with an example, how to identify a target.
more
What Is a Doji Candle Pattern, and What Does It Tell You?
A doji is a trading session where a security’s open and close prices are virtually equal. It can be used by investors to identify price patterns.
more
What Is Calexit? About Proposals for California's Seccession
Calexit refers to the secession of California from the United States, after which it would become an independent country.
more
Basing Definition
Basing refers to a consolidation in the price of a security, usually after a downtrend, before it begins its bullish phase.
more
Short Selling: Definition, Pros, Cons, and Examples
Short selling occurs when an investor borrows a security, sells it on the open market, and expects to buy it back later for less money.
more