For investors hoping to get in early on the next Amazon.com Inc. (AMZN) or Netflix Inc. (NFLX), one Wall Street vet has compiled a handful of tips for buying and selling internet industry stocks based on his own failures and successes, as outlined in a Fortune report.  (See also: 4 Overlooked Blue Chip Winners.)

Well-known market-watcher Mark Mahaney of RBC Capital Markets spoke at Fortune's Brainstorm Tech conference in Aspen, Colorado, on Tuesday, offering portfolio advice at a time when many investors are becoming more skeptical of the tech industry's lofty valuations amid a nearly decade-long bull market. The S&P 500 Information Technology Index has returned 31% over the last six months, compared to the broader S&P 500's 15% gain over the same period. Bears have warned that the market has become too growth oriented, paying less attention to valuations and causing the price to earnings (P/E) ratios of tech stocks to skyrocket compared to the broader market.

Mahaney highlighted four indicators that a tech firm is in an unstable place. His presentation titled "10 Lessons, 10 Minutes: The Perils of Stock Picking in Tech" cited his first sell signal as the point when a company makes an unsuitable acquisition, such as eBay Inc.'s (EBAY) purchase of Skype in 2005, as reported by Fortune.

Other risk factors include a sharp deceleration in revenue growth, and a high turnover rate in a company's leadership team. Lastly, a firm could be in trouble it if acquires stadium naming rights. For example, tech company CMGI, the company behind the now-defunct search engine Alta Vista, had its name removed from pro sports stadiums when it failed to hold to its sponsorship agreements.

When a firm's name begins to do show up frequently in popular culture, "it's a really good time to invest in the stock," stated the RBC senior tech analyst. When this happens, company sales are not only boosted by more purchases, but marketing and advertising costs should be reduced as consumers already have the name in mind, according to Mahaney. (See also: 'Stealth Bull Market' May Push Stocks to New Highs.) 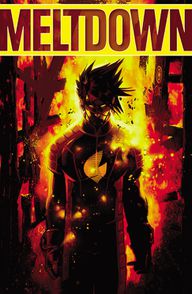 Why Pricey US Stocks Will Avoid a Meltdown

FANG Stocks Shed Over $85B in Value on Tuesday

Why Health Care Stocks Are Outshining The Techs
Partner Links
Related Terms
FAAMG Stocks
FAAMG is an abbreviation coined by Goldman Sachs for five of the top-performing tech stocks in the market, Facebook, Amazon, Apple, Microsoft, and Google.
more
Mergers and Acquisitions (M&A): Types, Structures, Valuations
The term mergers and acquisitions (M&A) refers to the consolidation of companies or their major assets through financial transactions between companies.
more
P/E Ratio - Price-to-Earnings Ratio Formula, Meaning, and Examples
The price-to-earnings (P/E) ratio is the ratio for valuing a company that measures its current share price relative to its per-share earnings.
more
Poison Pill Defense: How Companies Fight Off a Takeover Bid
The poison pill is a tactic public companies sometimes use to deter a hostile takeover.
more
Benjamin Graham
Benjamin Graham was an influential investor who is regarded as the father of value investing.
more
What Is a Float Shrink?
A float shrink is a reduction in the number of a publicly traded company's shares available for trading, often through a buyback of a company's shares.
more
Dialog Heading