As shares of Amazon.com Inc. (AMZN) hover below $2,000, giving the e-commerce and cloud computing giant a market capitalization of just under $1 trillion, one team of bulls sees more room to run as the company pushes aggressively into the healthcare space.

"We believe it is a question of when and where – and not if – Amazon enters the healthcare space more forcefully," wrote Deutsche Bank analyst Lloyd Walmsley in a note to clients on Monday.

According to a recent study conducted by the investment firm, roughly 85% of insured Amazon Prime members would be comfortable buying drugs straight from the website. While Amazon's all-out entrance into the healthcare market could take years, the evidence of burgeoning demand, its recent acquisition of online pharmacy startup PillPack and the strength of its booming monthly membership service, should help the tech giant make a quick jump to lead, wrote Deutsche Bank.

"Amazon has a history of starting small, testing the market and fine-tuning the service, before launching a full-fledged commercial operation," wrote Walmsley. "For Amazon, which has a ... wide variety of healthy and organic grocery options at Whole Foods, and the ability to order items using voice commands (Alexa), we think the opportunity to upsell pharmacy customers to purchasing other items is substantial."

In June, the Seattle-based e-retailer announced its $1 billion purchase of drug delivery company PillPack, granting it pharmaceutical licenses in nearly every state upon the deal's closure. Shares of Rx chains such as CVS Health Corp. (CVS) and Walgreens Boots Alliance Inc. (WBA) tanked on the news. Walmsley wrote that when the deal closes later this year, Amazon should be able to use its 450 Whole Foods stores as new drug pick-up locations. The analyst noted that if Amazon can grab 30% of the mail-order pharmacy market, in addition to $55 billion of front office sales and achieve 4% of U.S. online healthcare advertising, it could add $3 billion to gross profits, as reported by CNBC.

While the most recent PillPack deal reflects Amazon's focus on the $22 billion mail-order pharmacy market, its push into the healthcare space has been developing for years. In May 2017, CNBC reported that Amazon was hiring specifically for its strategic entrance into the market, following a report in August indicating that Amazon had won approval for wholesale pharmacy licenses in at least 12 states. Earlier this year, Chief Executive Officer (CEO) Jeff Bezos announced a joint venture with Berkshire Hathaway Inc.'s (BRK.A) Warren Buffett and JPMorgan Chase & Co.'s (JPM) Jamie Dimon to create an independent operation intended to lower healthcare costs for employees and disrupt the industry through innovation and technology. 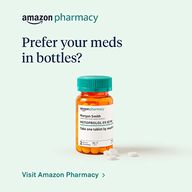 Seven Reasons Why Amazon Should Split in Two: Citi

Amazon Most 'Robust' FANG Stock: Canaccord
Partner Links
Related Terms
Who Is Mac Crawford?
Mac Crawford is a veteran healthcare CEO and M&A expert, known as one of the most successful turnarounds and restructuring executives in the industry.
more
Market Challenger
A market challenger is a firm that has a market share below that of the market leader, but enough of a presence that it can exert upward pressure in its effort to gain more control.
more
FAANG Stocks: Definition and Companies Involved
FAANG is an acronym for the five best-performing American tech stocks in the market: Meta (formerly Facebook), Apple, Amazon, Netflix, and Alphabet (formerly Google).
more
Ecommerce Defined: Types, History, and Examples
Ecommerce is a business model that enables the buying and selling of goods and services over the Internet.
more
What Is a Strategic Buyer?
A strategic buyer is a company that acquires another company in the same industry to capture synergies.
more
Blockchain Facts: What Is It, How It Works, and How It Can Be Used
A blockchain is a digitally distributed, decentralized, public ledger that exists across a network. It is most noteworthy in its use with cryptocurrencies and NFTs.
more