Bitcoin's price plummeted below $9,000 early this morning amid growing fears of a cryptocurrency crackdown by U.S. regulators. The price of one bitcoin traded for $8,851 as of this writing, down 4.8% from 24 hours earlier, according to WorldCoinIndex. That's a plunge of 24% this week.

Similarly, the price of all top 10 most-valuable cryptocurrencies by market cap also tanked, with Ripple, Bitcoin Cash, Tron, Eos and Ontology registering losses over the past 24 hours.

In the past, bitcoin prices have fluctuated wildly seemingly based on nothing, but this week, increased regulatory scrutiny has fueled the sell-off. (See also: SEC Chair Testified About Cryptocurrency Regulation Before Senate)

“Cryptocurrencies have seen more fallouts today for fears of regulations," CNBC's Bob Pisano reported. “Bitcoin price has now fallen 18% over the last two day as watchdogs weigh in on the digital currency space."

Pisano said recent Securities and Exchange Commission (SEC) warnings to consumers alerting them that cryptocurrencies are not regulated by the agency may have had a chilling effect on the decentralized, unregulated market. (See also: Japan's Regulators Crack Down on Crypto Exchanges.)

"The SEC seems to be setting up for a crackdown. They want exchanges to register with the SEC. They have previously said initial coin offerings (ICOs) are securities and that anyone selling ICOs to the general public should register with the SEC. But this goes further, the SEC thinks even the exchanges listing ICOs should themselves register. It’s another move toward further regulation."

Judge: Cryptos Can Be Regulated As Commodities

Moreover, a federal judge in New York ruled this week that cryptocurrencies can be regulated as a commodity by the Commodity Futures Trading Commission (CFTC).

U.S. District Judge Jack Weinstein in Brooklyn made the statement while ruling that the CFTC had standing to proceed with a fraud lawsuit against New York resident Patrick McDonnell and his company CabbageTech Corp. d/b/a Coin Drop Markets.

“The CFTC already had the power to regulate trading in bitcoin futures and other derivatives, but this ruling implies the CFTC has jurisdiction in the case of fraudulent activity involving any kind of cryptocurrency transaction, including the cash markets," Pisano pointed out.

In a lawsuit filed in January, McDonnell was accused of scamming gullible crypto enthusiasts by making bogus promises to provide expert crypto advice. The CFTC noted:

All this regulatory scrutiny is not going down well with crypto evangelists, many of whom like the unregulated nature of the virtual currency market (See also: $10 Billion Lawsuit Filed vs Man Who Claims He's Bitcoin Inventor Satoshi.)

However, that's all about to change, as governments around the world are realizing that consumers need protection from potential scams in this opaque ecosystem, whose combined market cap tops $366 billion. (See also: Russia to Criminalize Bitcoin Use as Money Substitute: Putin Rolls Out Laws.)

Bitcoin prices hovered at $9,136 as of this writing.

Investing in cryptocurrencies and Initial Coin Offerings ("ICOs") is highly risky and speculative, and this article is not a recommendation by Investopedia or the writer to invest in cryptocurrencies or ICOs. Since each individual's situation is unique, a qualified professional should always be consulted before making any financial decisions. Investopedia makes no representations or warranties as to the accuracy or timeliness of the information contained herein. As of the date this article was written, the author owns no cryptocurrencies. 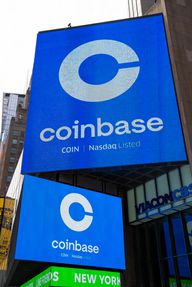 Cryptocurrency Regulations Around the World

How SEC Regs Will Change Cryptocurrency Markets
Partner Links
Related Terms
SEC vs. Ripple
Ripple Labs, creator of the XRP cryptocurrency token, has been caught up in an SEC lawsuit for years. The outcome could have repercussions for cryptocurrency regulation.
more
FTX: An Overview of the Exchange and Its Collapse
FTX, once the third-largest centralized cryptocurrency exchange, is now in U.S. bankruptcy. Its founder faces criminal and civil charges and goes to trial in October.
more
Initial Coin Offering (ICO): Coin Launch Defined, with Examples
An initial coin offering (ICO) is an unregulated means by which funds are raised for a new cryptocurrency venture.
more
Reverse ICO
A reverse ICO offers a way for an established business to raise funds through the ICO route of crowdsourcing.
more
Commodity Futures Trading Commission (CFTC)
The CFTC is an independent U.S. federal agency established by the Commodity Futures Trading Commission Act of 1974.
more
Cryptocurrency Explained With Pros and Cons for Investment
A cryptocurrency is a digital or virtual currency that uses cryptography and is difficult to counterfeit.
more