After decades of strong growth, bottled water has surpassed soda as the largest beverage category in the U.S., according to a recent report by research and consulting firm Beverage Marketing Corporation.

Bottled water consumption hit a high of 39.3 gallons per capita last year. Over the same period, soda sales slipped to 38.5 gallons per capita, compared to 50+ gallons gulped down per capita in the late 1990s. The shift has been driven by a myriad of factors, including widespread concerns about the health of sugar and artificial flavorings and local soda taxes. (See also: Beer, Soda Cos. Get in on Sparking Water Trend.)

“Bottled water effectively reshaped the beverage marketplace,” said Michael C. Bellas, Beverage Marketing’s chair and chief executive. “When Perrier first entered the country in the 1970s, few would have predicted the heights to which bottled water would eventually climb.” In other words, Bellas was speaking to the long tradition of drinking clean, free tap water. “Where once it would have been unimaginable to see Americans walking down the street carrying plastic bottles of water, or driving around with them in their cars’ cup holders, now that’s the norm.”

“The marking trick of the century” said John Jewell of The Week in 2014, relies on convincing consumers that bottled water is a healthier alternative to soda, when in reality it is an alternative to tap water. As consumers shied away from sugary soft drinks, major beverage businesses were able to play on the habit of buying a beverage by bottling a nearly free commodity in plastic and printing a label on it. Perhaps the greatest irony is that buying bottled water works against the goals of “health and eco-conscious” consumers by contributing to environmental degradation, supporting large corporations and spending 2,000 times what they would have compared to tap water, writes Business Insider.

Doubling Down on ‘Premium' Water

To the further benefit of bottled water suppliers, the companies are not held to the same standards and reporting requirements as tap water suppliers. A study conducted by the Environmental Working Group in 2008 identified 38 pollutants in 10 brands of bottled water, while 20% of the brands were indistinguishable from tap water.

Despite the availability of fresh drinking water across most of North America, consumer habits are often more shaped by advertising campaigns than rational choice. Beverage giants such as PepsiCo Inc. (PEP) and The Coca-Cola Co. (KO) will not simply roll over as soda sales die, rather, they are doubling down on the booming bottled water industry. Pepsi’s most recent Super Bowl ad for its LIFEWTR brand demonstrates the firm’s commitment to reeling in consumers with a new “premium-water” offering. (See also: New CEO: Coca-Cola Has 'Outgrown' Namesake Drink.) 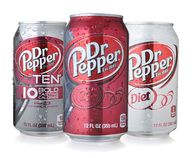 22 Ways to Fight Rising Food Prices
Partner Links
Related Terms
What Is the Asian Century?
The Asian century refers to the dominant role that China, India, and their neighbors are expected to play in the 21st century due to their economic growth and demographic trends.
more
Watered Stock
Watered stock are shares of a company that is issued at a much greater value than its underlying assets, usually as part of a scheme to defraud investors.
more
What Are Water Rights and How Do They Work?
Water rights pertain to the legal rights of property owners to access and use bodies of water adjacent to lands they hold.
more
Water Damage Insurance
Water Damage Insurance provided in most homeowners insurance policies protects against sudden and accidental water damage.
more
Water Exclusion Clause
A water exclusion clause in a homeowner's or renter's insurance policy denies coverage for certain water-related claims.
more
Check Clearing for the 21st Century Act (Check 21)
The Check Clearing for the 21st Century Act (Check 21) is a federal law that gives banks and other organizations the ability to create electronic image copies of consumers' checks.
more
Dialog Heading