Discount brokerages such as TD Ameritrade, E-Trade and Charles Schwab have reported surging trading volume in recent months, particularly among their younger clients who have been driven to finally get in on the action as the market surges past records and hot bets such as cryptocurrency trading promise fast money for risk takers. (See also: Over 1M Join Waitlist for Robinhood Crypto Trading.)

According to Bank of America Merrill Lynch, $32.3 billion has funneled into global stock mutual funds and exchange-traded funds (ETF) in one week through Wednesday, representing the biggest inflow for any comparable one-week stretch since 2002.

Millennials, who have proven reluctant to invest in the equity market despite its over-nine-year bull run, are increasingly drawn to some of the market's newest and most risky areas, including cryptocurrency and cannabis investments. This has led many in the tech-savvy cohort to open brokerage accounts for the first time. Ameritrade, one of the first platforms to give its retail clients access to bitcoin futures, posted new account openings at a record in the most recent quarter, driven by a 72% spike in new business from the younger customers.

Devin Ryan, a brokerage analyst and managing director at JMP Securities has attributed the pent-up activity to the phenomenon "fear of missing out," or FOMO, among young investors. "It's all correlated," said the analyst, noting that Millennials, who are eager to get in on gains before the bull market ends, are more versed and interested in crypto and cannabis investments, relative to older generations.

Market bears, forecasting an inevitable correction after the market's stellar run since 2009, highlight the surge in activity as indication of a bubble ready to burst. Further backing evidence of a spike in investor euphoria, data shows investors have poured nearly $258 million into 10-day-old ETFs that buy companies related to blockchain, the technology behind cryptocurrency.

Is Robinhood Safe for Investors?

How to Deal With Crypto FOMO 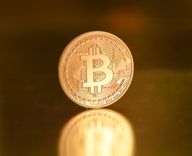 Bitcoin Will Stabilize, Hit $50K by 2019: Neu-Ner
Partner Links
Related Terms
What Are Meme Stocks, and Are They Real Investments?
Meme stocks describe the shares of companies that have gained a cult-like following on social media, which can influence share prices.
more
NYSE Arca: Definition, History, Funds, Membership, and Options
NYSE Arca is an electronic securities exchange in the U.S. on which exchange-traded products and equities trade.
more
Short Selling: Definition, Pros, Cons, and Examples
Short selling occurs when an investor borrows a security, sells it on the open market, and expects to buy it back later for less money.
more
Financial Technology (Fintech): Its Uses and Impact on Our Lives
Fintech, a portmanteau of "financial technology", is used describe new tech that seeks to improve and automate the delivery and use of financial services.
more
Bitcoin Maximalism: Definition, Philosophy, Advantages, Obstacles
Bitcoin maximalists favor bitcoin over other cryptocurrencies and are unapologetically in favor of a bitcoin monopoly in the future.
more
What Is Personal Finance, and Why Is It Important?
Personal finance is about managing your budget and how best to put your money to work to realize your financial independence and goals.
more