As chipmakers are weighed down in 2018 by a broader weakness facing the tech sector following years of record returns, one team of bears on the Street recommends selling a handful of stocks on "any strength given risks of overhang," as outlined by Barron's. (See also: Intel’s Chip Lead Is ‘Disappearing’.)

Analysts at Morgan Stanley were out with a note this week in which they highlighted broad risk facing many chip companies including Analog Devices Inc. (ADI), Amphenol Corp. (APH), Microchip Technology Inc. (MCHP), Cypress Semiconductor Corp. (CY) and Xilinx Inc. (XLNX) from a rise in “double ordering.” Morgan Stanley analyst Joseph Moore pointed to a recent survey of electronics distributors conducted by the investment firm, which he suggests implies that more customers are placing multiple orders for the same part and canceling all but one of the orders later on.

While Moore indicates that at face, the survey looks upbeat for the segment, with 70% of distributors responding that they think chip sales were up in Q1 from the previous quarter, compared to the 57% who predicted growth in Q1 of 2017, a closer look at the findings are less promising.

"Commentary from the survey points to double ordering activity as well as an elevated level of supply constraints and lead times, particularly in Analog and MCU," wrote Moore, referring to analog chips and other components known as microcontrollers.

Moore notes that it's difficult to time the turning points in the cycle, as double ordering risks and concerns over the end of the cycle have gone on for a number of quarters. Plus, the macro environment is "still very supportive for growth," wrote the Morgan Stanley analyst. "That said, we think upside for broad-based suppliers will be more measured in contrast to significant beats/raises in 2017, which could begin to dampen enthusiasm for putting new money to work."

The downbeat note follows disappointing earnings results from Asian chip supplier Taiwan Semiconductor Manufacturing (TSM). The chipmaker saw its stock crash on the report, which included a downbeat revenue forecast attributed to weak demand from the mobile sector. The news dragged on shares of smartphone maker Apple Inc. (AAPL) and NVIDIA Corp. (NVDA), which are both expected to post Q1 results in the beginning of May. (See also: Apple, NVIDIA Sink as Supplier Cites Weak Demand.) 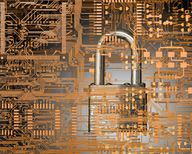 Will Nvidia (NVDA) Earnings Match Rivals?
Partner Links
Related Terms
What Is a Semiconductor and How Is It Used?
A semiconductor is an electrical component in consumer and industrial products. Read how they work and how to invest in the semiconductor industry.
more
Commercial Real Estate Definition and Types
Commercial real estate is property used for business purposes rather than as a living space. It includes offices, industrial units, rentals, and retail.
more
Value Investing Definition, How It Works, Strategies, Risks
Value investors like Warren Buffett select undervalued stocks trading at less than their intrinsic book value that have long-term potential.
more
Brexit Meaning and Impact: The Truth About the UK Leaving the EU
Brexit refers to the U.K.'s withdrawal from the European Union after voting to do so in a June 2016 referendum.
more
Closing Offset (CO) Order Definition
A closing offset order is a day limit order that allows the purchase or sale of a stock to offset an imbalance at market close.
more
Facebook (FB) Papers: What You Need to Know
The Facebook (FB) Papers are a vast trove of internal documents made public by whistleblower Frances Haugen, casting the company in negative light.
more