Tesla Inc. (TSLA) and its founder, the billionaire entrepreneur Elon Musk, will each pay $20 million to the U.S. Securities and Exchange Commission (SEC) as part of a settlement. Beyond that, Musk will step down as the chair of Tesla, although he will remain in his position as chief executive officer. Together, these two bits of information cap off an extraordinary week and, more broadly, an embittered and tense two-month period for the car company and its owner.

What's Happening With Musk and Tesla?

On Thursday, September 27, the SEC charged Musk with misleading investors based on tweets that he posted in early August in which he suggested he was considering taking Tesla private at the price of $420 per share. Musk had claimed to have secured funding necessary to make the publicly-traded company private. In response, there was widespread confusion about the tweets, with investors and others wondering why Musk would have made such an important announcement via Twitter, where the funding would come from, and to what extent other leaders at Tesla were aware of the plans.

The SEC's suit alleges that the tweets had no factual basis and that the chaos that they fomented actually hurt investors. In the time since the tweets, Musk has engaged in highly-publicized examples of behavior that many investors have called into question; the innovator smoked marijuana and brandished a sword during the recording of a webcast, for instance.

Musk has been inextricably tied with Tesla since its founding, and an agreement which forced him out of the company entirely could have had catastrophic consequences. Boston Common Asset Management director Steven Heim suggested that the settlement could help to place additional oversight on Musk without requiring that he leave the company, which Heim termed to be a "devastating" option.

Besides the fine to the SEC, Tesla will also face the challenge of appointing an independent chair, two independent directors, as well as a board committee to establish protocols for Musk's communications under the agreement.

SEC Chair Jay Clayton said in a statement that "the prompt resolution of this matter on the agreed terms is in the best interests of our markets and our investors, including the shareholders of Tesla." Indeed, following news that the SEC had introduced the suit, Tesla's market value dropped by about $7 billion to $45.2 billion by Friday. Still, the terms of the agreement which allow for Musk to remain CEO may have prevented even more disastrous consequences. Ivan Feinseth of Tigress Financial Partners described the agreement as a "slap on the wrist" for Musk, adding that "the fact that he can remain CEO is very important for the company."

What Does it Mean Going Forward?

For the time being, the agreement is not official; it must be approved by a court. Should the agreement move forward as planned at this point, Musk will be required to step down as company chair within 45 days, and he may not be re-elected to that position for at least three years.

Notably, the situation may have turned out very differently. Musk reportedly walked away in the final stages of discussion from an earlier agreement with the SEC which would have seen him give up key leadership positions at Tesla for two years, in addition to a nominal fine. Reports from Reuters on Friday indicated that Musk "could settle with the SEC but was ready for a court fight."

The current settlement may pose difficult burdens on the board of Tesla, which must now find an independent chair capable of partnering effectively with a CEO who is developing more and more of a reputation for being unpredictable and challenging. Erik Gordon, University of Michigan business professor, said that "the question is whether Musk's buddies on the board decide to bring in a really strong chair who will stand up to Musk."

As of this writing, it remains unclear whether there are any current frontrunners to fill the chair position.

Elon Musk Did Not Seek Approval for a Single Tweet Since Deal: SEC 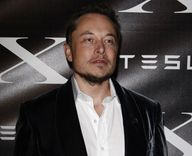 Tesla's Employees Ordered to Return to Office
Partner Links
Related Terms
What Does a Chief Executive Officer (CEO) Do?
A chief executive officer (CEO) is the highest-ranking executive of a firm. CEOs act as the company's public face and make major corporate decisions.
more
Class Action
A class action is a legal course in which a plaintiff brings forward a lawsuit on behalf of a group of people who've suffered a similar loss.
more
Separation of Powers Definition
Separation of powers refers to the division of responsibilities, authorities, and powers between groups rather than being centrally held.
more
Who Is Mac Crawford?
Mac Crawford is a veteran healthcare CEO and M&A expert, known as one of the most successful turnarounds and restructuring executives in the industry.
more
Who Is Steve Cohen?
Steve Cohen is an American billionaire businessman and the founder of Point72 Asset Management, a billion-dollar hedge fund management company.
more
Securities and Exchange Commission (SEC)
The Securities and Exchange Commission (SEC) is a U.S. government agency created by Congress to regulate the securities markets and protect investors.
more