Epic Games Inc. has used the overwhelming success of its popular videogame “Fortnite” as a springboard to raise more money.

On Friday, the Potomac, Maryland-based company announced that it raised $1.25 billion as part of a major new investment round. KKR & Co. Inc (KKR). Kleiner Perkins, Lightspeed Venture Partners, Vulcan Capital, Iconiq Capital and aXiomatic, owner of the competitive-videogaming organization Team Liquid, took part in the fundraiser, buying stakes in a company that is already backed by the likes of Tencent Holdings Ltd (TCEHY) and Walt Disney Co. (DIS).

Epic shrewdly sought out new investors when its reputation is at an all-time high. The success of “Fortnite” and its popular online battle royale mode has propelled the company to the top of the more than $100 billion videogame industry, forcing sector heavyweights Activision Blizzard, Inc. (ATVI) and Electronic Arts Inc. (EA) to rethink their strategies.

Since the free-to-play game was released last year, Epic has netted more than $1 billion in revenue from microtransactions, according to estimates from SuperData, as players forked out to upgrade character outfits and dances.

People familiar with the matter told The Wall Street Journal that Epic’s latest fundraiser valued the firm at nearly $15 billion, roughly triple what it was worth before “Fortnite” was released. That transformation makes Chinese juggernaut Tencent decision to invest in the firm back in 2012 look like a very smart move.

Tencent bought a 40 percent stake in Epic at a valuation of about $825 million back wen “Fortnite” was still in the early stages of development. The Chinese investment holding conglomerate’s roughly $330 million outlay was used by Epic as a platform to bankroll some major changes.

Epic used Tencent’s cash injection to drop the monthly charge for its game engine and give it away to anyone who wanted to use it. Surprisingly, the Potomac, Maryland-based company’s strategy to shift away from big, boxed, marketing-driven titles and pricey games paved the way for massive profits.

Epic co-founder Tim Sweeney told Polygon that Tencent's money helped the company "make this huge leap without the immediate of fear of money."

“I would describe it as seeing the writing on the wall,” said Sweeney about the decision. “There was an increasing realization that the old model wasn’t working anymore and that the new model was looking increasingly like the way to go.”

Tencent also brought with it extensive expertise. The Chinese giant is the world's biggest gaming company in the world having invested in numerous developers, including those behind Fornite competitor "Player Unknown’s Battlegrounds."

Epic’s latest big backers will be hoping that their cash will similarly be put to good use. “Fortnite” continues to be very popular with gamers, although it’s inevitable that sales will eventually begin to dwindle as it ages.

How Does Fortnite Make Money?

5 of the World’s Top Bitcoin Millionaires 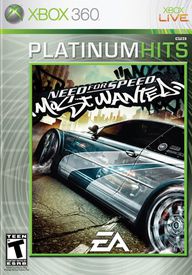 What Is Venture Capital?
Venture capital is money, technical, or managerial expertise provided by investors to startup firms with long-term growth potential.
more
The Bernie Madoff Story
Bernie Madoff is an American financier who ran a multibillion-dollar Ponzi scheme that is considered the largest financial fraud of all time.
more
Brexit
Brexit refers to the U.K.'s withdrawal from the European Union after voting to do so in a June 2016 referendum.
more
Facebook (FB) Papers: What You Need to Know
The Facebook (FB) Papers are a vast trove of internal documents made public by whistleblower Frances Haugen, casting the company in negative light.
more
Material News
Material news is news released by a company that might affect the value of its securities or influence investors' decisions.
more
Profit Warning
Profit warning occurs when a company advises shareholders and the public that its earnings results will not meet analyst expectations. A company generally issues a profit warning prior to the public announcement of its official earnings results.
more