The first half of 2018 likely left something to be desired for billionaire fund manager Bill Gross. Gross's bond fund "turned in the worst performance among his peers during the period," prompting investors to withdraw about $580 million in assets over those six months, according to a Bloomberg report.

June was the fourth consecutive month of withdrawals, which shrunk Gross's Janus Henderson Global Unconstrained Bond Fund to about $1.48 billion. The fund's value declined 6.3% in the first half of 2018.

More broadly, unconstrained mutual funds have seen only scattered success so far this year, thanks in large part to rising interest rates which have dampened total returns. These funds have the flexibility to move away from traditional benchmarks; while this can be a good thing, it can also allow funds in this category to become somewhat unmoored, too. According to the report, the Bloomberg Barclays U.S. Aggregate Index, which acts as a benchmark for intermediate-term funds, fell by 1.6% from January through the end of June.

The fund's June outflows totaled roughly $185 million following about $300 million that exited in May. The fund had total assets under management of about $2.24 billion in February.

The report indicates that Gross's fund came in last place for first-half performance when stacked up against 44 peers. The fund, relying primarily on derivatives and options-based strategies, dropped 3% on May 29; this was the largest single-day decline of the year among bond mutual funds managing more than $1 billion. Gross attributed the fall to a bad bet on the potential narrowing of the space between U.S. Treasury and German bond rates, which did not take place.

On June 1, Gross suggested that "the strategy has been to be short the German bund and long U.S. Treasuries. That was the basis for the bad day and the bad trade."

Gross, who co-founded Pacific Investment Management Co. in 1971, parted with his original company under less-than-friendly circumstances in 2014. He joined Janus that same year. As of a year ago, about $700 million in the Unconstrained fund was his own money.

While it's true that certain aspects of performance and dividends remain unaccounted for, meaning that the numbers indicated above may vary from actual figures, there is no doubt that the last few months have been tough ones for Gross and his fund.

Why Climate Literacy is Critical to Green Investing

The Most Expensive Divorces in History 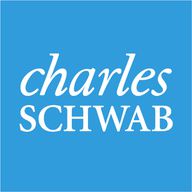 How Square (Block) Makes Money: Cash App is the Largest Source of Revenue

Who Is Bill Gross?
Bill Gross co-founded the Pacific Investment Management Company, PIMCO, in 1971. He is known as the "Bond King."
more
What Is the Bloomberg Aggregate Bond Index?
The Bloomberg Aggregate Bond Index, known as the Agg, is used by bond funds as a benchmark to measure their relative performance.
more
PIMCO (Pacific Investment Management Co.)
Founded in California in 1971, PIMCO is an American investment management firm with a focus on fixed income.
more
What Is a BOBL Futures Contract?
A BOBL futures contract is a standardized futures contract based on a basket of medium-term debt issued by the German government.
more
What Is a Hedge Fund?
A hedge fund is an actively managed investment pool whose managers may use risky or esoteric investment choices in search of outsized returns.
more
Understanding Gilts
Gilts are bonds that are issued by the British government and generally considered low-risk equivalent to U.S. Treasury securities.
more