Could a feature film provide the momentum necessary to fully launch cryptocurrencies into the mainstream? That may not be the goal of "Crypto," a forthcoming thriller starring Kurt Russell and Alexis Bledel, but it could be an unintended repercussion. According to the producers of the film, the "overall message of the movie is positive" in spite of its focus on crime and corruption, per Bitcoin.com.

The report suggests that the movie, expected to be released in 2019, "tells a classic crime thriller set against the backdrop of shady cryptocurrency dealings." The film is reportedly about a young anti-money-laundering agent in a remote New York town who aims to untangle a web of corruption and fraud involving digital tokens.

"Crypto"'s producers, Jordan Yale Levine and Jordan Beckerman of Yale Productions, readily admit that they do not consider themselves to be "experts in actual real-life cryptocurrency." Levine added that, while both of the producers have "dabbled" in cryptocurrency investments, "it was really our writers who fleshed out the topic and dove into the research. They were the ones who really became experts to make sure the film was authentic."

All of this is to say that, while the film may be gripping for thriller fans, it may leave some cryptocurrency fans unsatisfied. Levine suggests that the film "doesn't particularly focus on any particular coin ... [but] the overall message of the movie is positive, even if [it] does focus on crime, corruption and cryptocurrency."

Levine remarked that he and Beckerman "hope that cryptocurrency is here to stay." With a mainstream film with big-name stars attached in the works, Yale Productions may play a role in demystifying cryptocurrency for the average investor. On the other hand, a film designed to be engaging and entertaining is not likely to focus on the day-to-day minutiae of life as a participant in the cryptocurrency world.

Besides Russell and Bledel, the film also stars Beau Knapp, Luke Hemsworth, Jeremie Harris and Vincent Kartheiser. "Crypto" was first reported on in June of this year, and no official release date is available as of this time.

Investing in cryptocurrencies and Initial Coin Offerings ("ICOs") is highly risky and speculative, and this article is not a recommendation by Investopedia or the writer to invest in cryptocurrencies or ICOs. Since each individual's situation is unique, a qualified professional should always be consulted before making any financial decisions. Investopedia makes no representations or warranties as to the accuracy or timeliness of the information contained herein. As of the date this article was written, the author owns bitcoin and ripple.

How to Find New Crypto Coins

Blockchain Could Make You—Not Equifax—the Owner of Your Data 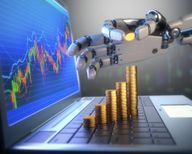 What Is Post-Trade Processing?
Post-trade processing occurs after a trade is complete; at this point, the buyer and the seller compare trade details, approve the transaction, change records of ownership, and arrange for the transfer of securities and cash.
more
What Is Post-Retirement Risk?
Post-retirement risk is the potential damage to financial security that a retired individual could encounter.
more
Learn About the Russell 3000 Index
The Russell 3000 Index is a market-capitalization-weighted equity index that seeks to track 3,000 of the largest U.S.-traded stocks.
more
Russell Top 200 Index Definition
The Russell Top 200 Index is a market capitalization weighted index of the 200 largest companies in the Russell 3000 index.
more
What Is the Marginal Cost of Production?
The marginal cost of production is the change in total cost that comes from making or producing one additional item.
more
Nominal Gross Domestic Product
Nominal gross domestic product measures the value of all finished goods and services produced by a country at their current market prices.
more