With blockchain and cryptocurrency technologies being applied to such a wide variety of businesses, it may have only been a matter of time before these two trendy areas converged with another popular space: alcohol sales.

'Not in the Beer-Vending Business'

According to Coindesk, Lingham clarified that his company is "definitely not in the beer-vending business." That may seem like an obvious statement for the marketing manager of a cryptocurrency tech startup; in the case of Civic, though, the explanation has merit. The beer vending machine prototype, which was created and branded in partnership with AB InBev's (BUD) Anheuser-Busch unit, is designed as a demonstration of the power and versatility of blockchain-based identity verification.

That is to say, the developers of the vending machine view the most salient feature of the prototype as its ability to determine whether or not a potential customer is of legal drinking age, not the fact that it will be dispensing beer to patrons at the Consensus 2018 conference.

Civic's Titus Capilnean explained that the company viewed "proof of age [as] ... the best low-hanging fruit" when it searched for ways to help bring cryptocurrency technology to mainstream audiences. Capilnean continued by suggesting that the model Civic uses in the machine will circumvent many existing issues with traditional ID verification mechanisms, such as problems that may arise as a result of different types of IDs, the way that data is transmitted and stored, and the verification process itself.

Civic believes that the potential for ID verification extends far beyond a vending machine for alcohol. Capilnean indicated that "it could be for any kind of age-restricted product. Unmanned entrance to casinos, and then for the vending machines, we can see this going into concerts, ballgames, venues, conferences." As of now, though, there are no plans to move toward wider distribution of the vending machine.

Investing in cryptocurrencies and Initial Coin Offerings ("ICOs") is highly risky and speculative, and this article is not a recommendation by Investopedia or the writer to invest in cryptocurrencies or ICOs. Since each individual's situation is unique, a qualified professional should always be consulted before making any financial decisions. Investopedia makes no representations or warranties as to the accuracy or timeliness of the information contained herein. As of the date this article was written, the author owns bitcoin and ripple.

How to Find New Cryptocurrencies for Investment

Charting the Hot Mess Inside the Stock Market, with J.C. Parets 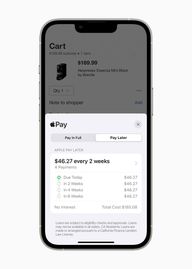 Why Now May Be the Time for Crypto Tax-Loss Harvesting
Partner Links
Related Terms
What Is Market in Crypto-Assets (MiCA)?
The European Union’s proposed regulation aims at protecting crypto investors and maintaining the digital currency’s market stability.
more
What Is the FSB Report on Crypto Regulations?
The Financial Stability Board (FSB) proposed a framework for cryptocurrencies to the world’s largest economies that calls for stricter regulation of crypto assets, namely stablecoins.
more
Crypto Lending
Crypto lending is the process of depositing cryptocurrency that is lent out to borrowers in return for regular interest payments.
more
Crypto Insurance
Cryptocurrency insurance offers investors and exchanges limited reimbursement of funds lost due to theft.
more
Crypto Winter
Crypto winter is a period of lower cryptocurrency prices compared to prior highs. This is similar to a bear market in the stock market.
more
What Does Proof-of-Stake (PoS) Mean in Crypto?
Proof-of-Stake (PoS) is a cryptocurrency consensus mechanism used to confirm transactions and create new blocks through randomly selected validators.
more