Why Do Weed and Cryptocurrency Work Well Together?

The fight to legalize pot is gaining ground. As of June 2021, medical marijuana is legal in 36 states and D.C., while 18 states and D.C. have legalized recreational usage. These numbers are expected to grow as more states explore ways to decriminalize the plant. Keep in mind, though, that marijuana is still illegal at the federal level—though there are two bills legalizing it in the House of Representatives—which makes it complicated for anyone conducting financial transactions even in states where pot is legal.

Businesses and operators selling and/or distributing recreational and medical pot are still barred from using banks for their transactions because of federal legislation. The development and use of marijuana-specific virtual currencies have ramped up in order to fill the hole in this market.

Cryptocurrencies make it easy for people in the marijuana industry—or simply those who want to buy some weed—to carry out transactions. While Bitcoin has become widely popular in the virtual currency space, there are a few alternative cryptocurrencies catering specifically to the pot sector. Read on to find out more about the top five cryptocurrencies on the market.

Launched in January 2014, PotCoin was one of the earliest cryptocurrencies for the marijuana industry. It was designed to solve banking problems for people looking to transact in legal marijuana. Trading of PotCoin takes place directly between people without using a bank or clearinghouse. Its creators wanted to capitalize on Colorado’s legalization of marijuana and even installed a PotCoin automated teller machine (ATM) at a marijuana dispensary in Colorado.

But the currency failed to make a huge mark, remaining in the shadows until June 12, 2017. A press release and a video of former NBA star Dennis Rodman sporting a PotCoin.com shirt in North Korea gave PotCoin a shot in the arm. By funding Rodman’s trip, not only did PotCoin re-enter the media spotlight, but its value approximately doubled in just one day, according to CoinMarketCap. As of August 2021, its market cap was about $3.7 million—a big jump from $81,547 at the start of February 2014. One PotCoin was worth $0.01695 in August 2021. The coin was up about 70% year-to-date.

The supply of PotCoin is limited with, you guessed it, 420 million coins. More than 226 million are in circulation. It trades on three markets and also transitioned to proof-of-stake, which allows people to mine or validate block transactions according to the number of coins they hold. An important caveat is that PotCoin claims transaction speeds of 40 seconds, which are pretty impressive compared to those of Bitcoin.

The cryptocurrency announced some new features at the beginning of 2019, including HD Wallets, a reduction in synch times, and faster network synchronization to help boost the user experience.

It upgraded its desktop and mobile wallets again, migrating them to a new platform on the Nexus Network—a move it announced on April 20, 2021, in commemoration of 4/20 (a day dear to the cannabis community's heart). It also celebrated the holiday with the launch of PotCoin Rewards, a revamped website, and the announcement of the PotCoin Foundation.

CannabisCoin was also developed in 2014, just a few months after PotCoin. It is a proof-of-work, peer-to-peer open-source currency and, like Potcoin, was aimed at easing transactions for medical marijuana dispensaries. While it initially gained popularity, it has failed to deliver for investors.

So how does it work? CannabisCoin promises to convert cryptocurrency directly into marijuana. Under the name CANNdy, there is a line of medicines and marijuana strains grown for the specific purpose of exchange at the rate of 1 CannabisCoin to 1 gram of medication.

The total supply of CannabisCoin is set at 91.8 million, with over 77 million in circulation. The currency's market cap was $1.61 million as of August 2021, according to CoinMarketCap.

DopeCoin was founded by Adam Howell—also known as Dopey—in January 2014. Little is known about the specific markets the currency serves except that its "mission is to provide marijuana enthusiasts with a modern and secure way of doing business for the 21st century."

According to its website, DopeCoin users can transact pseudo-anonymously in under a minute, and don't pay any fees or transaction costs.

Started with a vision of creating a Silk Road for transactions in marijuana across the world, DopeCoin supply is limited with about 117 million in circulation. It is also a proof-of-stake currency, giving investors a chance to earn 5% in annual interest. The currency has a market cap of $323,951 as of August 2021, according to CoinMarketCap.

HempCoin also came into existence in 2014, although its focus is less on individuals using it to buy weed. Instead, this cryptocurrency was designed for use by the farming industry and medical and recreational dispensaries. HempCoin's website claims its goal is to "help facilitate secure transactional relationships between farmers, distributors, and consumers."

It's interesting to note that HempCoin is used in all areas of agriculture, not just ones involving weed. As of August 2021, the price for one HempCoin was $0.0102, and its market cap was nearly $2.68 million.

Article Sources
Investopedia requires writers to use primary sources to support their work. These include white papers, government data, original reporting, and interviews with industry experts. We also reference original research from other reputable publishers where appropriate. You can learn more about the standards we follow in producing accurate, unbiased content in our editorial policy.
Take the Next Step to Invest
×
The offers that appear in this table are from partnerships from which Investopedia receives compensation. This compensation may impact how and where listings appear. Investopedia does not include all offers available in the marketplace.
Service
Name
Description
Part Of
Marijuana Investing Guide
Related Articles

The Economic Benefits of Legalizing Marijuana 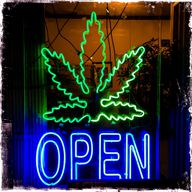 Biggest Challenges for the Cannabis Industry in 2023
Partner Links
Related Terms
PotCoin Digital Currency
PotCoin is a digital currency designed as a financial solution for the cannabis industry, enabling crypto purchases of marijuana and related products.
more
What Is XRP?
What is XRP? This is the native cryptocurrency of XRP Ledger, an open-source, public blockchain.
more
Cryptocurrency Airdrop: What Is It and How Does It Work
A cryptocurrency airdrop is a marketing stunt that involves sending free coins or tokens to wallet addresses to promote awareness of a new currency.
more
Cryptocurrency Explained With Pros and Cons for Investment
A cryptocurrency is a digital or virtual currency that uses cryptography and is difficult to counterfeit.
more
Cryptocurrency Dogecoin (DOGE): What It Is, History, Uses
Established in 2013, Dogecoin is a peer-to-peer, open-source cryptocurrency that is categorized as an altcoin.
more
Algorand (ALGO)
Algorand (ALGO) is a cryptocurrency and blockchain platform that can finalize transactions immediately. Learn more about ALGO and Algorand.
more