Walmart Inc. (WMT), the world's largest retailer, is pushing ahead with its goal to become a "destination for apparel" as it hedges against the growing dominance of rivals Amazon.com Inc. (AMZN) and Target Corp. (TGT) with new exclusive products. (See also: Why Walmart's Stock Can Rise 35%.)

The Bentonville, Ark.-based chain has confirmed that it has rolled out four additional private-label brands, following other retail giants who have doubled down on fashion in the recent months. Online apparel sales are expected to boom to $94 billion by 2021, making it a highly attractive segment for retailers as they focus on digital growth.

"We have 150 million Americans who shop Walmart every single week," said Walmart's senior vice president of apparel, Deanah Baker, as reported by USA Today. "We're committed to being a destination for on-trend, quality fashion and basics for a broad range of customers." Baker added that while Walmart grew to prominence due to its wide array of affordable products, including clothing, it has yet to earn the fashion cachet of rivals such as Target.

Last February, Target announced plans to launch more than a dozen private-label brands as part of a $7 billion-dollar three-year investment. The company has also teamed up with fashion icons such as Victoria Beckham to promote its products.

E-commerce and cloud computing behemoth Amazon has also worked on beefing up its line of private brands with lines such as Lark & Ro for women and GoodThreads for men. Last year, the retailer started testing a new service called Prime Wardrobe, with the goal of boosting fashion sales by giving shoppers one week to try out clothes at home before purchasing. (See also: Home Decor Wars: Walmart Takes on Target.)

H&M vs. Zara vs. Uniqlo: What's the Difference? 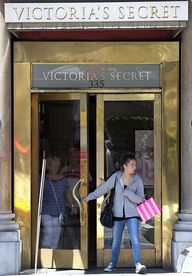 Companies Owned by L Brands
Partner Links
Related Terms
Fast Fashion Explained and How It Impacts Retail Manufacturing
Fast fashion is clothing design that quickly moves from idea to prototype, mass production, and consumers. Learn how fast fashion retailers make money.
more
Target Market: Definition, Purpose, Examples, Market Segments
A target market is a set of consumers who have been identified by their shared characteristics as the most likely potential customers for a product.
more
Ecommerce Defined: Types, History, and Examples
Ecommerce is a business model that enables the buying and selling of goods and services over the Internet.
more
Market Segmentation: Definition, Example, Types, Benefits
Market segmentation refers to aggregating prospective buyers into groups with common needs and who respond similarly to a marketing action.
more
Who Is Amancio Ortega?
Ortega, the wealthiest person in Spain, is Founding Chair of retail giant Inditex, the parent company of Zara, the world’s largest fashion retailer.
more
Core Competencies in Business: Finding a Competitive Advantage
Core competencies are the resources and capabilities that comprise the strategic advantages of a business.
more