Ninety-three ICOs have raised $1.97 billion so far this year, according to statistics from TokenData. January witnessed a record $1.5 billion in capital raise. Those figures mean the industry is on track to surpass last year’s total of $5.6 billion capital raise.

That news comes amid increasing rhetoric and actions by the SEC regarding a crackdown on suspect ICOs. (See also: SEC Warns Investors About Scam ICOs.)

But the agency’s statements may have wrought its own set of changes in the emerging ICO market.

How The ICO Industry Has Changed

The devil, as they say, lies in the details. (See also: Is Ethereum A Security? SEC Chair Sows Confusion.)

TokenData’s statistics reveals that a majority of initial coin offerings now raise most of their capital through private sales and pre-sales offerings. Pre-sale rounds, or coins issued to private investors, accounted for $1.62 million out of the total funds raised and an average of 58% of ICOs raised a majority of their capital through pre-sales. This practice helps ICOs avoid the glare of public scrutiny from regulatory agencies.

To maximize pre-sale capital raise, ICO promoters often offer tokens at a discount, known as Bonus, to large investors. The latter flip it for a profit during a public offering. According to TokenData, the average bonus offered in ICOs was 34%.

Whether the selling action by pre-sale investors affects the overall price for the token is still open to question because there is not enough data to establish correlations. “A closer look shows that the average return of ICOs with pre-sales still generates a 2x return from the main/public sale price,” the San Francisco-based firm wrote. “However, the median return shows a more nuanced picture with a 1.42x return.”

The preponderance of private and pre-sale capital raises has also extended average duration for fundraises by a month to 3 months. This is because pre-sale activities add another month to fundraising activities, according to TokenData.

Investing in cryptocurrencies and other Initial Coin Offerings ("ICOs") is highly risky and speculative, and this article is not a recommendation by Investopedia or the writer to invest in cryptocurrencies or other ICOs. Since each individual's situation is unique, a qualified professional should always be consulted before making any financial decisions. Investopedia makes no representations or warranties as to the accuracy or timeliness of the information contained herein. As of the date this article was written, the author owns small amounts of bitcoin.

ICOs Have Raised a Staggering $10B This Year

Coinbase May Register To Be SEC-Regulated Brokerage 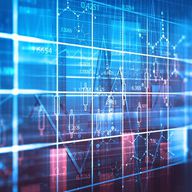 Blockchain Startup Got $4B Funding Without Product
Partner Links
Related Terms
Initial Coin Offering (ICO): Coin Launch Defined, with Examples
An initial coin offering (ICO) is an unregulated means by which funds are raised for a new cryptocurrency venture.
more
Premining
Premining is the mining or creation of a number of cryptocurrency coins before the cryptocurrency is launched to the public.
more
Bounty
A bounty is a sum paid by a government or business entity to reward certain activities or behavior to reach an economic goal or solve a problem.
more
Binance Exchange
Binance is a crypto-to-crypto exchange that offers additional blockchain-specific services.
more
Acorn Collective
The Acorn Collective was a project that aimed to be the first blockchain crowdfunding platform.
more
Reverse ICO
A reverse ICO offers a way for an established business to raise funds through the ICO route of crowdsourcing.
more
Dialog Heading