It's hard for many investors to avoid the hype over digital currencies like bitcoin. The world's largest cryptocurrency by market cap gained about 20 times in value at its highest point in 2017 over the beginning of that year. (See also: Two Things We Learned From Bitcoin's Price Moves.) Although bitcoin has slumped slightly into the first days of 2018, its price remains well above where it was just one year prior.

While individual investors continue to pile on, some larger institutions are also getting in on the craze. Digital currency-focused hedge funds and investment firms have cropped up of late, and there is even indication that some governments are partaking in the fervor. (See also: The Rise of the Crypto Hedge Fund.)

Here are a few governments which have shown an interest in bitcoin investments in recent months.

The Bulgarian government seized more than 200,000 bitcoins from the results of an organized crime crackdown in May 2017, according to reporting by CoinDesk. The sting resulted in the arrest of 23 Bulgarian nationals and the seizure of bitcoin valued at $3.3 billion at the time. As of late November 2017, the Bulgarian government declined to comment on what would happen with the seized digital currency, indicating that there was an ongoing criminal investigation.

The Swedish government made digital currency headlines in the fall of 2017 when it decided to auction off some seized bitcoin as well. The value of the seized assets were significantly smaller than those in the Bulgarian incident, as the Swedish Kronofogden announced plans to sell just 0.6 BTC, worth about $3,200 at the time. 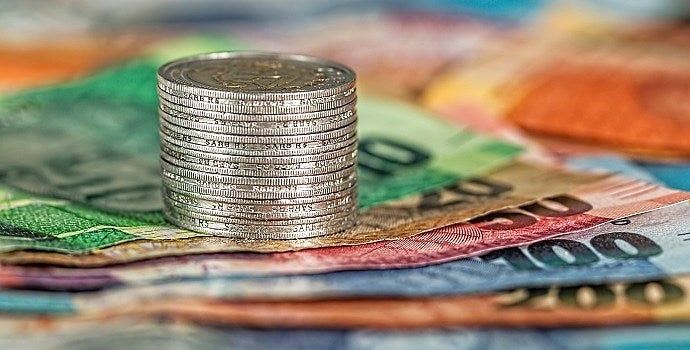 The United States has also taken part in auctions of bitcoin holdings that were seized in criminal investigations. In late 2015, for instance, the U.S. Marshals Service auctioned more than 44,000 BTC which were seized from Silk Road operator Ross Ulbricht. This was the final in a series of auctions for a similar purpose.

While the above governments have publicly auctioned bitcoin holdings that were seized from criminal activity, North Korea's government has shown some signs of actually collecting and hoarding BTC.

Analysts have linked hacks or attempted hacks of digital currency exchanges in South Korea to the North Korean government, and there is even speculation that Kim Jong Un's regime is working to prop up the price of bitcoin in order to be able to earn a profit in the process. (See more: Is Kim Jong Un Behind Bitcoin Price Gains?)

Governments have become finely attuned to the possibility of digital currencies being used to fund illegal activity. One argument for the link between such criminal actions and digital currency is that cryptocurrencies are largely unregulated and decentralized, meaning they can be difficult to track and transactions tend to be anonymous. Some of these concerns have led other governments, like South Korea and China, to crack down on cryptocurrencies more broadly.

Investing in cryptocurrencies and other Initial Coin Offerings (“ICOs”) is highly risky and speculative, and this article is not a recommendation by Investopedia or the writer to invest in cryptocurrencies or other ICOs. Since each individual's situation is unique, a qualified professional should always be consulted before making any financial decisions. Investopedia makes no representations or warranties as to the accuracy or timeliness of the information contained herein. As of the date this article was written, the author owns cryptocurrency.

Compare Investment Accounts
×
The offers that appear in this table are from partnerships from which Investopedia receives compensation.
Provider
Name
Description

Who Is Ross Ulbricht, the Dark Net "Dread Pirate Roberts"?

What Is North Korea's Role In Bitcoin and Does It Affect Prices?

What Determines the Price of 1 Bitcoin?

All about Gemini, the Winklevoss Bitcoin Exchange

Bitcoin Definition
Bitcoin is a digital or virtual currency created in 2009 that uses peer-to-peer technology to facilitate instant payments. It follows the ideas set out in a whitepaper by the mysterious Satoshi Nakamoto, whose true identity has yet to be verified.
more
Coincheck
Coincheck is a Tokyo-based cryptocurrency exchange and digital wallet founded in 2014.
more
GDAX
GDAX is a digital currency exchange linked to Coinbase.
more
Blockchain Explained
A guide to help you understand what blockchain is and how it can be used by industries. You've probably encountered a definition like this: “blockchain is a distributed, decentralized, public ledger." But blockchain is easier to understand than it sounds.
more
Potcoin
Potcoin is a digital currency that allows consumers to buy and sell cannabis products anonymously.
more
Financial Technology – FintechDefinition
Fintech, a portmanteau of 'financial technology,' is used describe new tech that seeks to improve and automate the delivery and use of financial services.
more