Overstock.com, Inc. (OSTK) shares fell to key support levels after former CEO Patrick Byrne disclosed the sale of 4.7 million shares in a Form 4 SEC filing earlier this week. While large insider sales are typically a bearish signal, Byrne noted in a letter that the sale was due to insurance, controversy, and hedging rather than a lack of confidence in the company.

DA Davidson analyst Tom Forte believes that Byrne's decision to cash out his 4.7 million shares represents a positive development for the stock since it minimizes his ability to influence the stock and decreases the likelihood of a sale of its retail business. The analyst expects CEO Jonathan Johnson to unlock "meaningful value" from the legacy home e-commerce business and build out the blockchain technology portfolio. Forte maintains a Buy rating and a price target of $48 per share on the stock, representing a significant 196% premium to the current market price.

From a technical standpoint, the stock broke down from the 200-day moving average at $16.39 toward trendline support before regaining some ground later in the day. The relative strength index (RSI) moved toward oversold territory with a reading of 41.81, but the moving average convergence divergence (MACD) remains in a bearish downtrend. These indicators suggest that the stock could see more downside ahead.

Traders should watch for a breakdown from trendline support that could be a precursor to a move lower to retest lows during June. If the stock rebounds from support levels, traders could see a move to retest the 50-day moving average at $19.42 or prior highs of around $27.00. The lack of selling pressure from Byrne could result in some stability and perhaps a bullish move higher over the coming sessions.

Overstock.com (OSTK) Rally May Not Be Over Yet 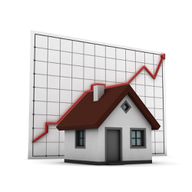 Overstock Continues Falling to Key Support Levels
Partner Links
Related Terms
tZero (t0) Definition
TZero (t0) is a cryptocurrency and distributed ledger platform that was launched by Overstock.
more
Short Selling: Definition, Pros, Cons, and Examples
Short selling occurs when an investor borrows a security, sells it on the open market, and expects to buy it back later for less money.
more
Bollinger Bands®: What They Are, and What They Tell Investors
A Bollinger Band® is a momentum indicator used in technical analysis that depicts two standard deviations above and below a simple moving average.
more
What Is a Doji Candle Pattern, and What Does It Tell You?
A doji is a trading session where a security’s open and close prices are virtually equal. It can be used by investors to identify price patterns.
more
Pullback: What It Means in Trading, With Examples
A pullback refers to the falling back of a price of a stock or commodity from its recent pricing peak.
more
What Is a Bear Trap?
A bear trap denotes a decline that fools market participants into opening short positions ahead of an upside reversal that squeezes those positions into losses.
more