There’s nothing like the fastest bear market in history, followed by one of the fastest bear market rallies ever, mixed in with the highest layoffs America has ever seen, to bring out the animal spirits in investors. Their reactions, though, have uncovered a notable split between what younger, less-affluent, long-term investors are doing, versus the behavior of older Gen X’ers and Baby Boomers with a shorter time until retirement and more money at risk.

That risk has been polarized as younger investors hunt and gather the riskiest stocks in the hope of greater rewards, while older investors seek the safety of blue chips, money market funds, and the old-fashioned piggy bank.

Investopedia’s latest survey of active investors reveals that the recent market turbulence has caused a broad re-thinking of risk: two-thirds of respondents state they have changed their overall investing approach, but how they’re changing appears split down the middle. Those going bigger, buying blue chips on a bargain and grabbing shares in the beaten-down airline sector tend to be Millennials, though there are some Gen Xers and Boomers in the bunch. By contrast those seeking safer havens like money market funds and high-yield savings tend to be Boomers.

The change in investment patterns isn’t just what our readers are buying, but how much. 37% of younger, riskier investors are investing more money than they were in March, and 39% are investing more often. They may see a generational opportunity to buy stocks at a discount and are counting on a return of the same stock market dynamics from 2010-2019 with an accommodative Federal Reserve and trillions of fiscal stimulus.

Older investors saw that movie play out over a decade ago, and while it ended well, they likely don’t have the patience to watch, are planning on retiring too soon to reap its benefits, or doubt it will end the same way this time.

Another notable finding is that while the market has been rising, more money than ever has been flowing out of stocks and into money market funds and bonds, both corporate and government. Part of that can be explained by the Federal Reserve’s pledge to continue quantitative easing by buying government securities, and backing the corporate bond market through its support of so-called Fallen Angels. Money market funds have seen record inflows, topping $4.1 trillion this year.

As institutional investors bail out of the stock market, older investors, according to our survey, are following them. They’re ditching their mutual funds, and parking in designated safe zones.

Younger investors are taking the riskier path, piling into ETFs, individual equities and options, as they try to play the bounce and make up for lost returns. The strategy was effective in April, as the overall market climbed 14.5%.

While continuing to add blue chips and big tech stocks, many have been buying riskier airline stocks, which have been decimated in the pandemic. Even Warren Buffett threw in the towel on airlines, despite saying in February 2020 he would hold them. He claims the business is broken, but apparently many investors, particularly young ones, believe stocks in the sector may recover. They have the time to figure that out.

Our readers’ recent behavior and overall market activity tells us a few things, besides the obvious. The extreme volatility of the past several months has not scared individual investors out of investing altogether. Older generations may have bailed on the stock market for now, and maybe forever, but they have been making methodological moves with their money to protect their nest eggs and prepare for a long downturn.

Younger and riskier investors, who may not have suffered losses in the Great Financial Recession, are playing two hands at the table. One bets on past winners, piling into the blue chips that have been driving market performance. The other is bravely venturing into the most devastated sectors of the stock market, searching for alpha amid the ruins.

(Research and charts by Amanda Morelli) 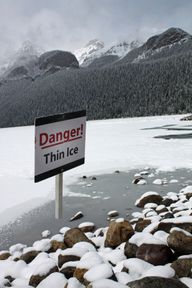 Can You Earn Money in Stocks?

Top Financial Literacy Education Gaps Across Generations
Partner Links
Related Terms
Generation X (Gen X)
Generation X was born between the mid-1960s and the early-1980s, after baby boomers and before millennials.
more
What Is Generation Z (Gen Z)?
Born after 1996, the oldest members of Generation Z are just starting their careers and possibly their families. Saving for retirement is a priority.
more
Millennials: Finances, Investing, and Retirement
Learn the basics of what millennial need to know about finances, investing, and retirement.
more
Generation Gap: What You Should Know
A generation gap is the differences in actions, beliefs, and tastes of members of younger generations versus older ones.
more
What Is the S&P 600?
The S&P 600 is an index of small-cap stocks managed by Standard and Poor's, comparable to the Russell 2000.
more
Financial Technology – FintechDefinition
Fintech, a portmanteau of 'financial technology,' is used describe new tech that seeks to improve and automate the delivery and use of financial services.
more