Details of the Root Insurance IPO

Since Root Insurance’s founding in 2015, the startup has attracted more than $527 million in funding via venture capital, and with its IPO, it achieved a valuation of $6.7 billion. That’s more than the $6.34 billion it was aiming for because it managed to sell 2 million more shares than initially expected, at a price of $27 per share.

That share price also exceeded the $22 to $25 target, and gave the company $724.4 million in total funding from the IPO.

The $6.7 billion valuation puts Root far ahead of fellow insurtech companies SelectQuote and Lemonade, which also had their IPOs in 2020, and were valued at $3.25 billion and $1.6 billion, respectively.

After the IPO, Root's share price declined closer to the initial target, ending the Nov. 4 trading session at $23.03. By contrast, Lemonade had priced its IPO at $29 in July and closed at $59.70 on Nov. 4, giving investors hope for a repeat with Root Insurance.

Like other auto insurance companies, Root considers many factors when calculating insurance rates, including demographics, credit score, location, and more. But before drivers can even get a quote from the company, they must first allow it to track their driving habits for a few weeks.

Based on the findings of the “test drive,” which you can set up through the company’s mobile app, Root decides whether or not to provide a quote. This is intended to weed out bad drivers, who are more likely to file claims, and to reduce premiums for good drivers who make the cut.

Many insurance companies offer the option to track your driving habits as a way to qualify for a discount, but Root is currently the only one that makes it a litmus test. It also gives the factor more weight than other insurers when calculating your premium.

Root Insurance enjoyed the largest IPO in Ohio history, raising almost three-quarters of a billion dollars and giving the company a valuation of $6.7 billion.

While vehicle tracking technology is not new, Root has raised it to a new level of prominence in the insurance industry. Of course, there's always the possibility that high-risk drivers will manage to be on their best behavior for a few weeks, only to file large claims and increase costs for the insurer. But that said, Root seems likely to continue to disrupt the auto insurance industry, making it an appealing stock for insurtech-minded investors.

The Story of Uber 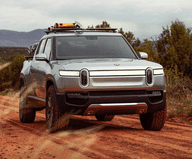 USAA Expands Telematics Offerings for Auto Insurance
Partner Links
Related Terms
Overview of Insurtech & Its Impact on the Insurance Industry
Insurtech refers to the use of technology innovations designed to squeeze out savings and efficiency from the current insurance industry model.
more
Initial Public Offering (IPO): What It Is and How It Works
An initial public offering (IPO) refers to the process of offering shares of a private corporation to the public in a new stock issuance.
more
Financial Technology (Fintech): Its Uses and Impact on Our Lives
Fintech, a portmanteau of "financial technology", is used describe new tech that seeks to improve and automate the delivery and use of financial services.
more
Dotcom Bubble
The dotcom bubble was a rapid rise in U.S. equity valuations fueled by investments in internet-based companies during the bull market in the late 1990s.
more
Preferred Auto Coverage
Preferred Auto Coverage is auto insurance offered to drivers considered to fall into the lowest risk profile.
more
Private-Passenger Auto Insurance Policyholder Risk Profile
Private-passenger auto insurance policyholder risk profile is an estimate of the risk an insurance company will take on by covering a specific driver.
more