SALT Lending, a cryptocurrency-backed lending platform, has announced plans to release a new crypto-backed credit card. The new card will function differently from other crypto credit cards that have recently been introduced, by accepting crypto as security.

In late 2020, BlockFi announced the Bitcoin Rewards Credit Card, the first card in the industry to offer rewards in the form of cryptocurrency instead of cash back, points, or miles. Then another crypto exchange platform, Gemini, rolled out a card of its own, and SoFi began allowing new and existing users of its flagship credit card to redeem their rewards for bitcoin and Ethereum.

Now, SALT Lending has entered the fray, even if it's still in the early stages of developing its new credit card.

The SALT Card won't just offer crypto rewards, the company says. It will base your spending power on how much cryptocurrency you want to use to secure your card's line of credit, much the way a traditional secured credit card works. That also makes it similar crypto-backed loans, which allow you to use crypto holdings as collateral.

Because the card is secured, SALT Lending will offer it to new applicants without requiring a credit check—a plus for consumers who generally manage their money well but still have a relatively low credit score.

Users of the card will be able to get a line of credit of up to 60% of their bitcoin held with SALT Lending.

As with crypto-backed loans, the SALT Card makes it possible for crypto enthusiasts to use the card for on everyday spending without needing to sell their cryptocurrency to pay for the purchases. They will also be able to earn rewards.

Join the Waitlist, But Be Ready for a Long Wait

It's currently unclear when the SALT Card will be officially launched. At this point, the lending platform still lacks an issuing bank partner, which is a necessary step in releasing the card.

Until that happens, there won't be any firm details about the card's rewards rates or other benefits.

That said, you can join the waitlist for the card by visiting SALT Lending's website. 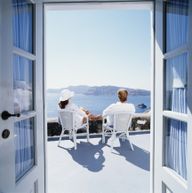 What Is the Gemini Exchange?
Gemini is a digital asset exchange founded by Cameron and Tyler Winklevoss in 2014.
more
What Is a BitPay Card?
BitPay is a cryptocurrency debit card that allows you to use your Bitcoin to make payments.
more
Blockchain Explained
A blockchain is a digitally distributed, decentralized, public ledger that exists across a network. It is most noteworthy in its use with cryptocurrencies and NFTs.
more
Financial Technology – FintechDefinition
Fintech, a portmanteau of 'financial technology,' is used describe new tech that seeks to improve and automate the delivery and use of financial services.
more
What Is Kin?
Kin is the official cryptocurrency of the Kik messenger service. Kik users are able to earn Kin for making contributions to the broader Kik community.
more
What is Monaco (MCO) cryptocurrency?
Monaco is a cryptocurrency platform that offers its own virtual coin, MCO tokens. It is a subsidiary of Crypto.com.
more