Bitcoin, already down near 40% off its 2019 highs as traders load up on short positions, risks plunging even further after breaking through a key technical level this week of $8,000 per coin. If it sustains its fall below that level, technical analysts say the world’s largest cryptocurrency by market cap is at risk of testing its 200-day moving average of roughly $7,311. Bitcoin’s 50-day moving average also pierced the 100-day moving average, according to a detailed Bloomberg report, indicating a weak technical outlook for the digital coin.

As of Thursday evening, Bitcoin was trading back around $8,100 per coin.

“We’re hearing that the broad-based selling is being driven more by market makers and those that are short pushing the market lower, rather than driven by long unwinds or selling,” said Jeff Dorman, chief investment officer at asset manager Arca, which invests in cryptocurrencies. “With volumes still quite low relative to this summer, shorts are incentivized to keep pushing prices lower until they hit resistance. This is very typical behavior in other illiquid asset classes.”

Short sellers were loading up on short positions earlier this year as Bitcoin soared to its high in June, and since then rising concerns about regulation, financial scandals, lack of retail volume and other issues have driven the price of the cryptocurrency lower. Earlier this year, companies like MasterCard Inc. (MA), Visa Inc. (V) and PayPal Holdings Inc. (PYPL) withdrew their support of Facebook Inc.’s (FB) Libra cryptocurrency effort, per Bloomberg.

Investors were also disappointed with weaker than expected traction in the Bitcoin futures market. According to a Commodity Futures Trading Commission report in June, hedge funds and other money managers held roughly 14% more short positions in CME bitcoin futures than they did long positions, as cited by The Wall Street Journal.

Not only has Bitcoin has fallen off highs alongside the rest of the digital currency market, it has also lost its place as the most important digital asset. While Bitcoin still accounts for the majority of the cryptocurrency market's assets by market value, it is not the most widely used, per Bloomberg. Tether, 30 times smaller than Bitcoin, now has the highest daily and monthly trading volume out of the digital coins, per CoinMarketCap.com data.

Tesla (TSLA) to Accept Dogecoin for Some Merch Purchases 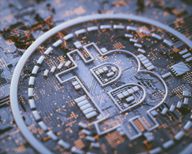 Where Is the Cryptocurrency Industry Headed in 2021?
Partner Links
Related Terms
What Is Stablecoin?
Bridging the gap between fiat currency and cryptocurrency, stablecoins aim to achieve stable price valuation using different working mechanisms.
more
What Is Binance Coin (BNB)?
Binance Coin (BNB) is the native currency of the Binance exchange which follows the ERC 20 standard.
more
Tether (USDT)
Tether (USDT), one of the most important stablecoin cryptocurrencies, is pegged to and backed by the U.S. dollar.
more
What Is Altcoin?
An altcoin is a cryptocurrency or token that is not Bitcoin (BTC). Etherum (ETH) is an altcoin. Learn about altcoins and what makes them different.
more
What Is NYSE Arca?
NYSE Arca is an electronic securities exchange in the U.S. on which exchange-traded products and equities trade.
more
What Is an Uptrend?
Uptrend is a term used to describe an overall upward trajectory in price. Many traders opt to trade during uptrends with specific trending strategies.
more