Canopy Growth Corp. (CGC), the largest cannabis company by market value, has seen a more than 50% plunge in its stock price in the past year, a roughly $10 billion decline in market value. But the company's CEO, Mark Zekulin, who took the helm in July after the founder's ouster, sees a turnaround ahead amid the cannabis world's volatile swings. He is particularly upbeat about a rash of new products including cannabinoids in soft drinks, which he is confident will bolster the company's revenue and profits, even as some analysts estimate Canopy will post a total of $500 million in losses in the two years ending March. “The marijuana business, is “not for the faint of heart,” says Zekulin, adding, "But this is a big long-term game.” The CEO outlined his plans in a detailed story in Barron’s as outlined below.

Canopy still faces a huge amount of management turmoil as it tries to execute its strategy, which may include three new CEOs within the span if six months. For starters, Zekulin, who was Canopy's co-CEO with the founder for several years, and now CEO as of July, may step aside when the Canadian cannabis producer's board finds a new CEO by as early as year-end, according to the Globe and Mail newspaper.

To lay the foundation for longterm growth, Zekulin says that Canopy has sharply expanded a multi-year investment in production facilities to boost operational efficiency. According to CNN, the world’s largest cannabis company has four months left in an expansion plan that has been underway for 70 months, and has cost billions of dollars.

The CEO says he's not concerned that his facilities will add to what many analysts see as a big problem: industry oversupply. “It’s the right size production platform, and we are comfortable with our production,” says Zekulin.

Another bright spot is that the company has finally figured out how to deliver a consistent dose of cannabinoids in its drinks—a major challenge that's faced many cannabis producers. The company says its drinks will include delicate flavors to sugary-sweet mixes.

In another move, Zekulin says that much of the company’s crop is being used to produce oil for its products. Canopy will sell vape items, for example, along with drinks as new legislation in Canada allows for cannabis producers to sell a wider array of products.

To be sure, Canopy is under pressure to show tangible financial progress to once-bullish investors who drove up cannabis stocks to record highs last year. Now, those stocks have come down to earth and investors are impatient. “For the first time, the sector has real numbers,” Zekulin says. “So investors are rushing to judge.” And the judgement in 2019 has been harsh. It will be up to Canopy's next CEO to fully execute the company's plan or, if need be, devise a new one.

Cannabis 2023: Moving Beyond the Pot Bust 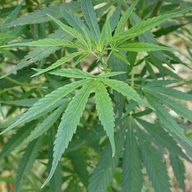 How Canopy Growth Makes Money
Partner Links
Related Terms
Who Is Mac Crawford?
Mac Crawford is a veteran healthcare CEO and M&A expert, known as one of the most successful turnarounds and restructuring executives in the industry.
more
Who Is Changpeng Zhao?
Changpeng Zhao is the founder and CEO of the world’s latest cryptocurrency exchange, Binance.
more
FTX: An Overview of the Exchange and Its Collapse
FTX, once the third-largest centralized cryptocurrency exchange, is now in U.S. bankruptcy. Its founder faces criminal and civil charges and goes to trial in October.
more
What Is Behavioral Economics? Theories, Goals, and Applications
Behavioral Economics is the study of psychology as it relates to the economic decision-making processes of individuals and institutions.
more
What Is Bootstrapping? What It Means and How It's Used in Investing
Bootstrapping describes a situation in which an entrepreneur starts a company with little capital, relying on money other than outside investments.
more
What Is Stakeholder Capitalism?
Stakeholder capitalism is a system in which corporations are oriented to serve the interests of all their stakeholders.
more