Revenue was negatively affected by the closure of retail stores around the world, but the damage was mitigated by a successful direct-to-consumer strategy. During the third quarter, management said that direct-to-consumer revenue nearly tripled year over year and that positive demand for products exceeded the company's expectations.

Gross margins fell 110 basis points to 44% during the quarter due to the introduction of tariffs in September 2019. Excluding tariffs, gross margins would have improved 60 basis points to 45.7% and were even higher when excluding expedited freight cost to increase inventory levels to fill backorders and meet higher-than-expected demand.

Prior to the earnings report, Raymond James downgraded Sonos stock from Strong Buy to Market Perform and removed its price target. Analyst Adam Tindle said in a July 19 note that it was a tactical time to step aside given that new product releases were unlikely during the second half of the year amid ongoing cost-cutting efforts.

From a technical standpoint, Sonos stock fell sharply lower toward the 50-day moving average at $14.65 during Thursday's session. The relative strength index (RSI) fell to moderate levels of 44.31, but the moving average convergence divergence (MACD) continued to trend lower. These indicators suggest that the stock could continue to give up ground.

Traders should watch for a breakdown from the 50-day moving average toward the 200-day moving average at $12.69 over the coming sessions. If the stock rebounds higher, traders could see a move to retest highs at $17.83. Upper trendline resistance stands at $19.00, although those levels appear less likely to be reached in the near term. 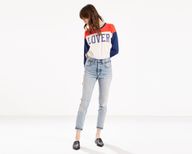 Deere Stock Breaks Out From Channel Amid Farming Turnaround

Upwork (UPWK) Breaks Out on Q3 Beat and Strong Guidance
Partner Links
Related Terms
Doom Loop: Definition, Causes, and Examples
A doom loop is a series of actions, beliefs, or events with each prior action, belief, or event reinforcing the next into a negative feedback spiral.
more
Rebound
A rebound refers to a recovery from prior negative economic or financial activity. For a security, a rebound means that it has moved higher from a lower price.
more
Cost of Goods Sold (COGS) Explained With Methods to Calculate It
Cost of goods sold (COGS) is defined as the direct costs attributable to the production of the goods sold in a company.
more
Forecasting: What It Is, How It's Used in Business and Investing
Forecasting is a technique that uses historical data as inputs to make informed estimates that are predictive in determining the direction of future trends.
more
Market Is Up
The phrase "market is up" means the stock, bond, or commodity market currently trades higher than it did at some specific point in the past.
more
Gross Domestic Product (GDP): Formula and How to Use It
Gross domestic product is the monetary value of all finished goods and services made within a country during a specific period.
more
Dialog Heading