Star Alliance, an airline alliance with 26 members, is planning to launch a co-branded credit card, according to a report by Bloomberg. The card will allow users to earn rewards that they can redeem with any of the alliance's member airlines, a first in the credit card space.

Airline credit cards offer a lot of value to frequent flyers, particularly if you regularly travel with a specific airline or its partners.

Currently, travelers who have miles with one of Star Alliance's member airlines, a list that includes United Airlines, Air Canada, Turkish Airlines, and many more, can generally book flights on partner airlines through that loyalty program. But you may not be able to take advantage of the various sweet spots partner programs offer.

With the new Star Alliance card, Bloomberg reports that cardholders would be able to transfer rewards earned with the card to any of the alliance's airline rewards programs, giving you a lot more flexibility and potential value.

Transferable rewards aren't a new phenomenon. Credit card issuers like American Express, Chase and Citi have allowed certain cardholders to transfer their hard-earned points to partner airlines and hotel brands for years, and Capital One has recently improved its own transfer partner program.

But none of those programs offer as many as 26 airline partners. In particular, the card can offer significant value to travel rewards enthusiasts who like to leverage their rewards to enjoy international flights.

The card is scheduled to launch later this year, but there are currently no details on the potential sign-up bonus, rewards rates, annual fee, or other features. The card would compete directly with co-branded credit cards offered by Star Alliance's own members. 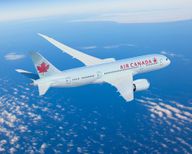 How to Gift Your Credit Card Rewards, Points, or Miles

Cardless and Simon Malls Partner to Launch Credit Card
Partner Links
Related Terms
Transferable Points Programs
Transferable points programs allow customers to earn credit card points when using certain credit cards.
more
Discover Card
A Discover card is a credit card brand that is issued by the American financial services company, Discover Financial (DFS).
more
Elite Status
Elite status is a type of classification that denotes a preferred customer. It is most commonly used within an airline or hotel rewards program.
more
Corporate Credit Card
Corporate credit cards are credit cards issued to employees of established companies for use in charging authorized business expenses.
more
Loyalty Program: Definition, Purposes, How It Works, Example
Loyalty programs encourage shoppers to return to retailers, by offering incentives like special discounts or sales, or free goods or services.
more
What Is a Balance Transfer Fee—and Can You Avoid It?
A credit card issuer charges a balance transfer fee to transfer a balance from another creditor. Learn the pros and cons of balance transfers.
more
Dialog Heading