Shares of Target (TGT) fell nearly 25% in early Wednesday trading, after the retailer reported earnings that came in far below analysts’ expectations. The company reported adjusted earnings per share (EPS) of $2.19, far below consensus estimates of $3.07.

Key factors weighing on the company’s first-quarter earnings included higher freight costs associated with supply chain disruptions, higher markdowns, and lower-than-expected sales of discretionary items. Despite these challenges, the company reported better-than-expected revenue of $25.17 billion, versus expectations of $24.49 billion. Net income, however, came in decisively below expectations at $1.01 billion, or $2.16 per share, compared to $2.1 billion a year earlier. The retailer’s adjusted earnings per share of $2.19, which excludes certain items, fell 41% compared to a year prior.

Target’s disappointing earnings report comes a day after rival retailer Walmart (WMT) also underperformed its earnings expectations for the first quarter. Executives of the two retailers gave divergent assessments of consumer behavior over recent months. Walmart Chief Financial Officer Brett Biggs described customers shopping at the retail giant as increasingly cash-strapped, trading down purchases to smaller quantities and more affordable in-store brands. On the contrary, Target CEO Brian Cornell offered a more favorable assessment of customers’ shopping habits at the retailer. Cornell described a healthy consumer, albeit one with shifting preferences and spending habits that differ from the pre-pandemic norm. Specifically, Target shoppers are spending less on discretionary items such as TVs, bicycles, and kitchen appliances, while increasing their spending on experience-based products such as gift cards and trip bookings. Acknowledging the current headwinds caused by rising inflation, Target is set to prioritize value over price increases in the near future, with CFO Michael Fiddelke stating that raising prices “continues to be the last lever we pull.” 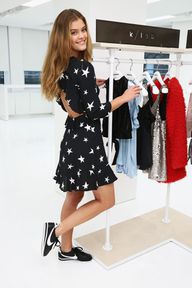 Block (Square) Profit Seen Sliding for Fourth Straight Quarter
Partner Links
Related Terms
Income Statement: How to Read and Use It
An income statement is one of the three major financial statements that report a company’s financial performance over a specific accounting period. It focuses on revenue, expenses, gains, and losses.
more
Growth Rates: Formula, How to Calculate, and Definition
Growth rates are the percent change of a variable over time. It can be applied to GDP, corporate revenue, or an investment portfolio. Here’s how to calculate growth rates.
more
Fast Fashion Explained and How It Impacts Retail Manufacturing
Fast fashion is clothing design that quickly moves from idea to prototype, mass production, and consumers. Learn how fast fashion retailers make money.
more
EBITDA: Meaning, Formula, and History
EBITDA, or earnings before interest, taxes, depreciation, and amortization, is a measure of a company’s overall financial performance.
more
What Was Enron? What Happened and Who Was Responsible
Enron was a U.S. energy company that perpetrated one of the biggest accounting frauds in history. Read about Enron’s CEO and the company’s demise.
more
Gross Domestic Product (GDP): Formula and How to Use It
Gross domestic product is the monetary value of all finished goods and services made within a country during a specific period.
more
Dialog Heading