What Is an American Express Card?

An American Express card, also known as an “Amex” card, is an electronic payment card branded by the publicly traded financial services company American Express (AXP). The company issues and processes prepaid, charge, and credit cards. American Express cards are available to individuals, small businesses, and corporate consumers across the United States and around the world.

American Express is a publicly traded company in the financial services industry. It offers both credit lending and network processing services, giving it a broad range of competitors in the industry. As with traditional lenders, it has the capability to issue credit products, which it provides in the form of charge cards and credit cards.

American Express has its own processing network that competes with Mastercard (MA) and Visa (V). Its most comparable competitor is Discover Financial Services (DFS), which is also a publicly traded financial service company offering both credit lending and a processing service network. With multiproduct capabilities, American Express generates revenue from both interest-earning products and network processing transaction services.

The term “Black Card” refers to the American Express Centurion card, which is offered by invitation only.

Merchants pay a small fee to American Express for its processing network services, which are part of the comprehensive fees involved with a single transaction. As both a processor and high-quality lender, American Express has built a strong reputation in the financial services industry.

As noted above, American Express credit cards and prepaid debit cards are offered to a variety of both retail and commercial customers. It is also an industry-leading provider of charge cards, which offer month-to-month credit with card balances that must be paid off each month.

American Express charge and credit cards follow standard underwriting procedures. The company seeks good- to high-credit quality borrowers—which means a credit score of at least 670—and generally is not a subprime lender.

American Express credit and charge cards come with a variety of benefits in the form of rewards points and travel perks, which depend, in part, on the annual fee charged. American Express cards may offer cash back on certain purchases, though they aren’t among the best cash back cards currently available. American Express also offers numerous branded prepaid debit cards, which can be used as gift cards or special-purpose reloadable payment cards.

Annual fees for American Express cards tend to run high: $95 for the Blue Cash Preferred Card, $99 for the Delta SkyMiles Gold American Express Card, $150 for the Green Card, $250 for the Gold Card, and $550 for the Platinum Card. That said, the Green, Gold, and Platinum cards have no predetermined spending limits. American Express does offer at least six cards with no annual fee. Customer service for all Amex cards is highly rated, with the company coming in No. 1 on J.D. Power’s 2020 U.S. Credit Card Satisfaction Study.

Pros and Cons of an American Express Card

Pros
Cons
Article Sources
Investopedia requires writers to use primary sources to support their work. These include white papers, government data, original reporting, and interviews with industry experts. We also reference original research from other reputable publishers where appropriate. You can learn more about the standards we follow in producing accurate, unbiased content in our editorial policy.
Related Terms
Mastercard: Definition and Ranking in Global Payments Industry
A Mastercard is any electronic payment card that uses the Mastercard network for processing transaction communications.
more
Co-Branded Credit Card: Definition, How It Works, Examples
A co-branded credit card is sponsored by two parties: typically, a retailer and a bank or card network (Visa, MasterCard). It bears the logo of both.
more
Discover Card
A Discover card is a credit card brand that is issued by the American financial services company, Discover Financial (DFS).
more
Open Loop Card
Any charge card that is widely accepted at a variety of merchants and locations is considered an open loop card.
more
What Is a Visa Card? Definition, Uses, Statistics, and Types
A Visa card is any type of payment card that uses the Visa network and is branded by Visa Inc.
more
Gift Card: Definition, Types, and Scams To Avoid
A gift card is a type of prepaid debit card loaded with funds for future use. Open loop cards can be used at many merchants, closed loop at just one.
more
Partner Links
Related Articles 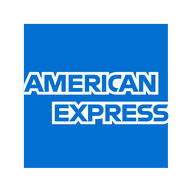 Visa vs. Mastercard: What’s the Difference?

What Companies Are in the Financial Services Sector?