What Is Animal Mortality Insurance?

Animal mortality insurance is a type of insurance product that protects the policyholder from financial losses resulting from the death of an animal. It is used in industries in which animals are an important revenue-generating asset, such as dairy farming, zoos, aquariums, and professional horse stables.

Although the concept of animal mortality insurance may seem unusual at first glance, it is fundamentally quite similar to other forms of business loss insurance. After all, companies that rely on animals as a key part of their operations could be significantly affected if one or more of those animals were to die unexpectedly. For example, the premature death of cows on a dairy farm could disrupt revenues from products such as milk or cheese. The same could be said for zoos, who rely on their animals to attract visitors.

As with other types of insurance, the cost of animal mortality insurance differs depending on the perceived risk to the insurer. An older animal will generally have a higher likelihood of dying each year, and may therefore be more expensive to insure. This cost will take the form of monthly premiums, and may also include other standard insurance costs such as annual deductibles and copays. Some animals, such as those with pre-existing medical conditions, may be particularly expensive to insure in this manner.

Animal mortality insurance will only cover animals’ deaths that are the result of a specific set of causes laid out in the insurance contract—not natural causes. For instance, a typical animal mortality insurance contract might cover deaths due to the animal being hit by traffic, accidentally shot, or killed due to an unforeseen extreme weather event. Death from natural causes will of course not be covered, since that event is guaranteed to occur eventually.

Most animal mortality insurance covers the cost of replacing the animal that is lost as well as loss of use, which is the amount of revenue that is lost once an animal dies and before another animal is replaced to continue the specific operation the animal is used for. The loss of use for an animal can be quite long considering the time it takes to train an animal, such as for a circus or service dogs.

Catherine recently purchased a small dairy farm. In order to understand how best to conduct the business, she consults with more experienced dairy farmers in her region in order to learn about the main risks she might face.

From these discussions, she learns that the dairy farms in her region are sometimes affected by extreme weather events that occasionally kill some of the cows. Because the cows are critical in allowing the farm to produce revenues, this event can seriously impede the farm’s profitability.

To protect against this risk, Catherine purchases an animal mortality insurance contract to cover all of her dairy cows. The contract specifies that it will pay out if the cows die due to a limited set of causes, including death from extreme weather events. In exchange for this protection, Catherine must pay monthly insurance premiums.

Although the insurance premiums increase her overall operating costs, Catherine reasons that this added cost will still allow her to operate the business profitably. In exchange, she will benefit from the peace of mind of knowing that—if disaster strikes—her and her farm will be able to weather the storm.

Take the Next Step to Invest
×
The offers that appear in this table are from partnerships from which Investopedia receives compensation. This compensation may impact how and where listings appear. Investopedia does not include all offers available in the marketplace.
Service
Name
Description
Related Terms
All Risks
"All risks" refers to a type of insurance coverage that automatically covers any risk that the contract does not explicitly omit.
more
Breeder's Insurance Policy
As its name suggests, a breeder’s insurance policy is a type of insurance that caters to the unique risks faced by animal breeders.
more
Additional Death Benefit
An additional death benefit is a clause found in certain life insurance contracts. It provides an additional lump sum for certain causes of death.
more
Benefits Payable Exclusion
A benefits payable exclusion is an insurance contract clause that removes the insurer’s responsibility for paying claims related to employee benefits.
more
Accidental Death and Dismemberment (AD&D) Insurance
Accidental death and dismemberment (AD&D) insurance covers the accidental death or the accidental loss of a limb.
more
Whole Life Insurance Definition: How It Works, With Examples
Whole life insurance is permanent life insurance that pays a benefit upon the death of the insured and is characterized by level premiums and a savings component.
more
Partner Links
Related Articles 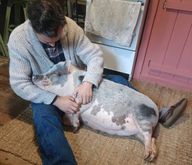 Getting Life Insurance in Your 20s Pays Off

4 Types of Insurance Policies and Coverage You Need
Dialog Heading