What Is the Annual Percentage Yield (APY)?

The annual percentage yield (APY) is the real rate of return earned on an investment, taking into account the effect of compounding interest. Unlike simple interest, compounding interest is calculated periodically and the amount is immediately added to the balance. With each period going forward, the account balance gets a little bigger, so the interest paid on the balance gets bigger as well.

APR vs. APY: What's the Difference?

Formula and Calculation of APY

APY standardizes the rate of return. It does this by stating the real percentage of growth that will be earned in compound interest assuming that the money is deposited for one year. The formula for calculating APY is:

What Annual APY Can Tell You

Any investment is ultimately judged by its rate of return, whether it's a certificate of deposit (CD), a share of stock, or a government bond. The rate of return is simply the percentage of growth in an investment over a specific period of time, usually one year. But rates of return can be difficult to compare across different investments if they have different compounding periods. One may compound daily, while another compounds quarterly or biannually.

Comparing rates of return by simply stating the percentage value of each over one year gives an inaccurate result, as it ignores the effects of compounding interest. It is critical to know how often that compounding occurs, since the more often a deposit compounds, the faster the investment grows. This is due to the fact that every time it compounds the interest earned over that period is added to the principal balance and future interest payments are calculated on that larger principal amount.

Comparing the APY on 2 Investments

Suppose you are considering whether to invest in a one-year zero-coupon bond that pays 6% upon maturity or a high-yield money market account that pays 0.5% per month with monthly compounding.

Comparing two investments by their simple interest rates doesn't work as it ignores the effects of compounding interest and how often that compounding occurs.

APY is similar to the annual percentage rate (APR) used for loans. The APR reflects the effective percentage that the borrower will pay over a year in interest and fees for the loan. APY and APR are both standardized measures of interest rates expressed as an annualized percentage rate.

However, APY takes into account compound interest while APR does not. Furthermore, the equation for APY does not incorporate account fees, only compounding periods. That's an important consideration for an investor, who must consider any fees that will be subtracted from an investment's overall return.

If you deposited $100 for one year at 5% interest and your deposit was compounded quarterly, at the end of the year you would have $105.09. If you had been paid simple interest, you would have had $105.

The premise of APY is rooted in the concept of compounding or compound interest. Compound interest is the financial mechanism that allows investment returns to earn returns of their own.

After the third month, your investment will earn interest on the $1,000, the $5.00 earned from the first month, and the $5.03 earned from the second month. This demonstrates the concept of compound interest: the monthly amount earned will continually increase as long as the APY doesn't decrease and the investment principal is not reduced.

Banks in the U.S. are required to include the APY when they advertise their interest-bearing accounts. That tells potential customers exactly how much money a deposit will earn if it is deposited for 12 months.

Savings or checking accounts may have either a variable APY or fixed APY. A variable APY is one that fluctuates and changes with macroeconomic conditions, while a fixed APY does not change (or changes much less frequently). One type of APY isn't necessarily better than the other. While locking into a fixed APY sounds appealing, consider periods when the Federal Reserve is raising rates and APYs increase each month.

Most checking, savings, and money market accounts have variable APYs, though some promotional bank accounts or bank account bonuses may have a higher fixed APY up to a specific level of deposits. For example. a bank may reward 5% APY on the first $500 deposited, then pay 1% APY on all other deposits.

In general, investors are usually awarded higher yields when they take on greater risk or agree to make sacrifices. The same can be said regarding the APY of checking, saving, and certificate of deposits.

Last, when consumers hold a certificate of deposit, the consumer is agreeing to sacrifice liquidity and access to funds in return for a higher APY. The consumer can't use or spend the money in a CD (or they can after paying a penalty to break the CD). For this reason, the APY on a CD is highest of three as the consumer is being rewarded for sacrificing immediate access to their funds.

What Is APY and How Does It Work?

APY is the annual percent yield that reflects compounding on interest. It reflects the actual interest rate you earn on an investment because it considers the interest you make on your interest.

What Is a Good APY Rate?

How Is APY Calculated?

APY standardizes the rate of return. It does this by stating the real percentage of growth that will be earned in compound interest assuming that the money is deposited for one year. The formula for calculating APY is: (1+r/n)n - 1, where r = period rate and n = number of compounding periods.

How Can APY Assist an Investor?

Any investment is ultimately judged by its rate of return, whether it's a certificate of deposit, a share of stock, or a government bond. APY allows an investor to compare different returns for different investments on an apples-to-apples basis, allowing them to make a more informed decision.

What Is the Difference Between APY and APR?

APY calculates that rate earned in one year if the interest is compounded and is a more accurate representation of the actual rate of return. APR includes any fees or additional costs associated with the transaction, but it does not take into account the compounding of interest within a specific year. Rather, it is a simple interest rate.

APY in banking is the actual rate of return you will earn on your checking or savings account. As opposed to simple interest calculations, APY considers the compounding effect of prior interest earned generating future returns. For this reason, APY will often be higher than simple interest, especially if the account compounds often.

Article Sources
Investopedia requires writers to use primary sources to support their work. These include white papers, government data, original reporting, and interviews with industry experts. We also reference original research from other reputable publishers where appropriate. You can learn more about the standards we follow in producing accurate, unbiased content in our editorial policy.
Related Terms
Annual Percentage Rate (APR): What It Means and How It Works
Annual Percentage Rate (APR) is the interest charged for borrowing that represents the actual yearly cost of the loan expressed as a percentage.
more
Effective Annual Interest Rate: Definition, Formula, and Example
The effective annual interest rate is the return on an investment or the rate owed in interest on a loan when compounding is taken into account.
more
Interest Rates: Different Types and What They Mean to Borrowers
The interest rate is the amount lenders charge borrowers and is a percentage of the principal. It is also the amount earned from deposit accounts.
more
Promotional Certificate of Deposit (CD) Rate
A promotional certificate of deposit (CD) rate is a higher rate of return on a CD offered by banks and credit unions to attract new deposits.
more
Simple Interest Definition: Who Benefits, With Formula and Example
Simple interest is a quick method of calculating the interest charge on a loan.
more
The Power of Compound Interest: Calculations and Examples
Compound interest is the interest on savings calculated on both the initial principal and the accumulated interest from previous periods.
more
Partner Links
Related Articles

What Is APY on a CD?

APR vs. APY: What’s the Difference?

Should You Put CDs in an IRA? 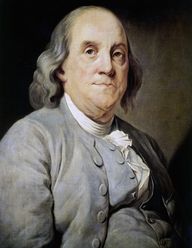 How Interest Works on Savings Accounts