Attachment is a legal process referring to the action of seizing property in anticipation of a favorable ruling for a plaintiff who claims to be owed money by the defendant.

At the request of a creditor, a court of law may transfer specific property owned by the debtor to the creditor (or sell the property for the benefit of the creditor).

Attachment is a preliminary procedure. The property is seized before a final ruling is delivered. The seizure may prove unwarranted if the court rules in favor of the defendant. Attachment may be used as a form of provisional remedy to the plaintiff.

Oftentimes real estate, vehicles, and bank accounts are seized under these circumstances. A judge will seize such property when there is a good chance that the plaintiff will win the case and a high probability that the defendant will flee and not pay a court-ordered settlement.

For example, a judge may order the bank assets of a defendant to be seized to prevent them from transferring them to offshore accounts or block other attempts to move ownership of property outside of the court’s jurisdiction. A defendant might try to sell their property to prevent a plaintiff from claiming it in court.

Attachments come into play in various types of civil cases. Contentious divorce proceedings may raise concerns that one party may seek to remove their assets from the court’s authority. Defendants accused of fraud could attempt to transfer ownership or control of their assets to leave plaintiffs with no means of finding relief.

The use of attachment originated as a means to compel a defendant to appear in court and answer for the allegations brought against them. The procedure has since been expanded to offer some provisional remedy to plaintiffs and as a jurisdictional predicate. A court may use attachment to seize property, such as real estate or vehicles, based on such reasons as the defendant doing business in the state, the defendant being a resident of the state, or the commission of wrongful acts in the state.

Attachment still requires a hearing and other procedures to be followed before the assets or property may be seized by the court. The authority of the court might also be constrained if real estate or other property in the state is the only legal connection the defendant has to the state where the case will be heard. The court, under such circumstances, could only grant the plaintiff an award up to the value of the property that is in the state.

If the attachment proves to have been unnecessary, the court must pay the defendant a bond to cover any damages the seizure caused.

Related Terms
Writ of Attachment
A writ of attachment is a form of prejudgment process in which a court orders the attachment or seizure of property specifically described in the writ.
more
Writ: Definition in Law, Types, and Examples
A writ is a legal document written by a judge or another body with jurisdiction to perform or cease performing a specified action.
more
Judgment Lien: Definition, Examples, Vs. Property Lien
A judgment lien is a court ruling giving a creditor the right to take possession of a debtor's property if the debtor doesn't fulfill his or her obligations.
more
Home Lien
A home lien is a legal claim placed on a home.
more
Probable Cause: Definition, Legal Requirements, Example
Probable cause is a legal requirement that must be met before a police officer can make an arrest, conduct a search, seize property, or get a warrant.
more
Perfected Lien
A perfected lien is a lien that has been filed with the appropriate filing agent in order to make the securing interest in an asset binding.
more
Partner Links
Related Articles

Is It Bad to Have a Lien on Your House?

What You Need to Know About Bankruptcy 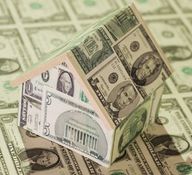