What Are Auto Sales?

Automobile manufacturers report their sales at the beginning of each month, which the U.S. Department of Commerce then reports on an annualized basis. Both sets of numbers are closely watched by market participants, as auto sales are seen as an important indicator of economic health.

The automotive industry is an important part of the U.S. economy, representing about 3 to 3.5% of U.S. Gross Domestic Product (GDP). This consists not just of vehicle manufacturers, but also dealerships, parts suppliers, and related businesses. Given its size, it is not surprising that auto sales data is closely monitored by investors. Indeed, the U.S. Commerce Department’s monthly report on auto sales is one of the drivers used in the government's quarterly updates to GDP.

The American automobile industry has long been dominated by the "big three" of General Motors, Ford, and Fiat Chrysler;, although in recent years Elon Musk has helped build Tesla into a new and widely followed player in the market.

Japanese car manufacturers are also formidable competitors, having made deep inroads into the U.S. market following the 1973 oil embargo by the Organization of the Petroleum Exporting Countries (OPEC). This embargo caused oil prices to jump from $3 to $12 per barrel, increasing consumer demand for smaller and more energy-efficient cars made by Toyota, Honda, and Nissan.

In 1982, Honda became the first Japanese manufacturer to open a production plant in the U.S. Toyota and Nissan soon followed, and by 2014, 70% of Japanese companies’ vehicles sold in the U.S. were built at these plants.

Another major milestone in the history of the U.S. auto industry occurred in the fall of 2008, following the sudden collapse of the financial firm Lehman Brothers. This event caused shockwaves throughout the financial markets and led to a credit crunch. In the midst of this crisis, it became clear that General Motors and Chrysler were both on the verge of bankruptcy, while Ford was struggling to maintain its solvency.

Although Ford managed to survive on its own, the government was forced to bail out General Motors and Chrysler using taxpayer funds of almost $80 billion. In Jan. 2014, Chrysler was purchased by the Italian firm Fiat Automobiles.

The economic turmoil that followed the collapse of Lehman Brothers was reflected in the auto sales statistics from that time. Between 2007 and 2009, U.S. annual auto sales plunged from 16.08 million in 2007 to 10.4 million in 2009, the lowest annual figure in 30 years.

Auto sales gradually returned to their pre-crisis levels, surpassing 17.2 million in 2018. However, car sales took another hit in the wake of the COVID19 pandemic beginning in early 2020 before rebounding to a record 18.8 million in April 2021. Since then, car sales figures have remained volatile as increased demand meets supply chain disruptions.

Article Sources
Investopedia requires writers to use primary sources to support their work. These include white papers, government data, original reporting, and interviews with industry experts. We also reference original research from other reputable publishers where appropriate. You can learn more about the standards we follow in producing accurate, unbiased content in our editorial policy.
Take the Next Step to Invest
×
The offers that appear in this table are from partnerships from which Investopedia receives compensation. This compensation may impact how and where listings appear. Investopedia does not include all offers available in the marketplace.
Service
Name
Description
Related Terms
Big Three Automakers: Definition, Companies, Market Cap and Share
The Big Three refers to the three largest U.S. car manufacturers: General Motors, Chrysler, and Ford. Read about the new challenges the Big Three face.
more
Motor Vehicle Sales
Motor vehicle sales represent the number of domestically produced units of cars, SUVs, minivans, and light trucks that are sold.
more
What Is Productivity and How to Measure It Explained
Productivity measures the efficiency of production in economics. Read about productivity in the workplace and how productivity impacts investments.
more
General Motors Indicator
The General Motors Indicator is based on the theory that the company's performance is a pre-cursor to the health of the U.S. economy and stock market.
more
What Is a Bailout? Definition, How They Work, and Example
A bailout is an injection of money from a business, individual, or government into a failing company to prevent its demise and the ensuing consequences.
more
Gas Guzzler Tax
The gas guzzler tax is a U.S. excise tax imposed on the manufacturers or importers of passenger cars that do not meet fuel economy standards.
more
Partner Links
Related Articles 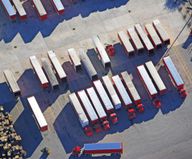 How Important Are Fleet Sales to an Automaker's Business?