What Is a Bail Bond?

A bail bond is an agreement by a criminal defendant to appear for trial or pay a sum of money set by the court. The bail bond is cosigned by a bail bondsman, who charges the defendant a fee in return for guaranteeing the payment.

The bail bond is a type of surety bond.

The commercial bail bond system exists only in the United States and the Philippines. In other countries, bail may entail a set of restrictions and conditions placed on criminal defendants in return for their release until their trial dates.

How a Bail Bond Works

A person who is charged with a crime is typically given a bail hearing before a judge. The amount of the bail is at the judge's discretion. A judge may deny bail altogether or set it at an astronomical level if the defendant is charged with a violent crime or appears likely to be a flight risk.

Judges generally have wide latitude in setting bail amounts, and typical amounts vary by jurisdiction. A defendant charged with a nonviolent misdemeanor could see bail set at $500. Felony crime charges have correspondingly high bail, with $20,000 or more not uncommon.

The commercial bail bond system exists only in the United States and the Philippines.

Once the amount of the bail is set, the defendant's choices are to remain in jail until the charges are resolved at trial, to arrange for a bail bond, or to pay the bail amount in full until the case is resolved. In the last instance, courts in some jurisdictions accept title to a home or other collateral of value in lieu of cash.

Bail bondsmen, also called bail bond agents, provide written agreements to criminal courts to pay the bail in full if the defendants whose appearances they guarantee fail to appear on their trial dates.

Bail bondsmen generally charge 10% of the bail amount up front in return for their service and may charge additional fees. Some states have put a cap of 8% on the amount charged.

The agent may also require a statement of creditworthiness or may demand that the defendant turn over collateral in the form of property or securities. Bail bondsmen generally accept most property of value, including cars, jewelry, and houses as well as stocks and bonds.

Once the bail or bail bond is delivered, the defendant is released until trial.

The Disadvantages of the Bail Bond System

The bail bond system has become part of the larger debate over mass incarceration, especially of young African-American men, in the U.S.

The bail bond system is considered by many even in the legal profession to be discriminatory, as it requires low-income defendants to stay in jail or scrape together a 10% cash fee and the rest of the bail-in collateral—even before they stand trial for any crime. PrisonPolicy.org says that about 536,000 people are being held in jails in the U.S. because they cannot afford bail or a bail bondsman's services.

Four states including Illinois, Kentucky, Oregon, and Wisconsin have outlawed bail bondsmen and instead require a 10% deposit on the bail amount to be lodged with the court. In 2018, California voted to eliminate cash bail requirements from its court system.

Arraignment
Arraignment is a court proceeding in which the defendant is read the charges in the indictment, and is asked to enter a plea.
more
What Is Immunity?
Immunity is an exemption from a legal requirement, prosecution, or penalty granted by statute or government authorities.
more
What Is Contempt of Court?
Contempt of court is an act of disrespect or disobedience toward a court or interference with its orderly process.
more
Money Laundering
Money laundering is the process of making large amounts of money generated by a criminal activity appear to have come from a legitimate source.
more
Usury
Usury is the act of lending money at an interest rate that is considered unreasonably high or that is higher than the rate permitted by law.
more
Discounted Payoff (DPO) Definition
A discounted payoff (DPO) is the repayment of an obligation for less than the principal balance outstanding.
more
Partner Links

Housing Discrimination: What Is It and What Can You Do About It?

How to Find a Divorce Lawyer 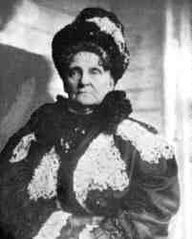