What Is the Bankruptcy Abuse Prevention and Consumer Protection Act (BAPCPA)?

The Bankruptcy Abuse Prevention and Consumer Protection Act (BAPCPA) of 2005 is a piece of legislation that revised the United States Bankruptcy Code for cases filed on or after October 17, 2005. In April 2005, BAPCPA was passed by Congress and signed into law by President George W. Bush as a move to reform the bankruptcy system.﻿﻿

Under Chapter 7 bankruptcy, most unsecured consumer and business debts are forgiven or discharged. This bankruptcy plan also allows for the liquidation and sale of certain assets by a designated trustee in order to repay creditors.﻿﻿ Alternatively, bankruptcy filed under Chapter 13 requires debtors to repay a portion of the debt before a debt discharge is considered. Chapter 13 bankruptcy requires debtors to restructure their debts and create a three- to five-year repayment plan, under which the debtor will use future income to pay off creditors in part or in full.﻿﻿ The Bankruptcy Abuse Prevention and Consumer Protection Act (BAPCPA) was introduced to make it more difficult for debtors to file for Chapter 7 bankruptcy and, instead, force them to file for Chapter 13.

Essentially, the purpose of BAPCPA was to make it more difficult for higher-income individuals to qualify for Chapter 7 bankruptcy by more closely examining the filer's ability to repay their debts. The means test compares the debtor's monthly income to the median income (which depends on the size of the household) in their state of residence and provides an allowance for assumed monthly expenses, at rates determined by the IRS, as well as an allowance for actual monthly expenses.﻿﻿

If the individual exceeds the median income and has some money left over after accounting for living expenses, they usually will not qualify for Chapter 7 bankruptcy. In effect, three outcomes are possible from the means test:

Consumers and businesses that plan to file for bankruptcy must complete an accredited nonprofit credit counseling program no more than 180 days prior to filing.

To complete a means test, a debtor must submit either Form 122A—1 for Chapter 7 or Form 122C for Chapter 13 to the Bankruptcy Court before the court will hear the case.﻿﻿

To avoid potential abuse of the bankruptcy system, BAPCPA exempts certain debts from discharge. Some of these debts are:

Most studies that have looked into the effectiveness of BAPCPA to reform bankruptcy have concluded that the profile of consumer bankruptcy debtors hasn't changed. This suggests that the means test has not led to more high-income debtors providing more payments to creditors. Instead, it may be that those in need are simply delaying seeking bankruptcy relief.

The enactment of BAPCPA brought about another change: federal protection for individual retirement accounts, or IRAs. Although federal bankruptcy laws have long protected 401(k) plans, pensions, and similar employer-sponsored, qualified retirement plans, before BAPCPA was passed, IRA protections were defined at the state level, or not at all. After the law's passage, people in every state were afforded bankruptcy protection for IRA assets.

Protection under BAPCPA varies, depending on the type of IRA. Traditional IRAs and Roth IRAs are currently protected to a value of $1,362,800, with adjustments for inflation made every three years (the next adjustment is in 2022).﻿﻿ SEP IRAs, SIMPLE IRAs, and most rollover IRAs are fully protected from creditors in a bankruptcy, regardless of the dollar value.

Article Sources
Investopedia requires writers to use primary sources to support their work. These include white papers, government data, original reporting, and interviews with industry experts. We also reference original research from other reputable publishers where appropriate. You can learn more about the standards we follow in producing accurate, unbiased content in our editorial policy.
Part Of
Bankruptcy
Related Terms
Bankruptcy Trustee Definition
A bankruptcy trustee is a person appointed by the United States Trustee to represent the debtor's estate during a bankruptcy proceeding.
more
Bankruptcy Explained: Types and How It Works
Bankruptcy is a legal proceeding for people or businesses that are unable to repay their outstanding debts.
more
Chapter 7 Bankruptcy: What It Is, How It Works, Ramifications
Chapter 7, known as “straight” or “liquidation” bankruptcy, of Title 11 in the U.S. bankruptcy code controls the process of asset liquidation.
more
Chapter 13
Chapter 13 is a U.S. bankruptcy proceeding in which debtors reorganize their finances in order to repay creditors within three to five years.
more
Wage Earner's Plan
A wage earner's plan enables individuals with a regular income to restructure their obligations to repay their debt over time. A chapter 13 bankruptcy is the formal term for a wage earner's plan.
more
Bankruptcy Discharge
A bankruptcy discharge is an order that releases a debtor from personal liability for certain types of debts.
more
Partner Links
Related Articles

What You Need to Know About Bankruptcy 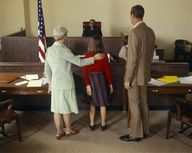 Is My IRA Protected in a Bankruptcy?

When to Declare Bankruptcy