What Is Bats Global Markets?

Bats Global Markets was a U.S.-based exchange that listed several different types of investments, including equities, options, and foreign exchange. It was founded in 2005 and was acquired by Cboe Options Exchange (Cboe) in 2017. Prior to being acquired, Bats Global Market was one of the largest U.S. exchanges and well known for its services to broker-dealers as well as retail and institutional investors.

Bats Global Markets was previously known as Better Alternative Trading System (BATS) and was initially branded as an alternative trading platform, marketing itself to investors as a company that was more innovative than established exchanges. When it entered the European market in 2008, the company was rebranded as Bats Global Markets.

As an exchange, Bats grew into the main competitor to the New York Stock Exchange (NYSE) and Nasdaq, both of which handled a greater amount of equities when ranked by market capitalization. In 2016, Bats had become the second-largest U.S. equity exchange by market share and was the largest exchange-traded fund (ETF) exchange.

In the United States, its BZX Exchange became a registered exchange in 2008, and its BYX Exchange was launched in 2010. Between 2011 and 2015, Bats merged with and acquired several exchanges. In 2011, it acquired Chi-X Europe, making it the largest stock exchange in Europe. In 2014, a merger with Direct Edge added the EDGA and EDGX exchanges. In 2015, Bats acquired Hotspot, an electronic communication network (ECN), allowing institutional investors spot trading, swap execution, and forward trading services.

BATS experienced several notable technical hurdles over the years. The company sought to go public in an initial public offering in 2012, with shares being offered on its own exchange. This effort was scrapped when a serious technical issue resulted in its IPO price tumbling from $16 per share to $0.04 a share.

In 2013, the company indicated that a technical error led to hundreds of thousands of trades executing at prices lower than the best bid and offer, which also affected investors who were selling shares short. The error affected trades going back four years.

Cboe, the owner of the Cboe Options Exchange and Cboe Futures Exchange (CFE), made an offer to acquire Bats Global Markets in 2017. The acquisition allowed Cboe to expand into Europe and increase its offerings to include foreign exchange and ETFs. Cboe now operates four U.S. options markets, CFE, a European equities market, four U.S. equities markets, and a foreign exchange market. Three of the exchanges that Cboe operated prior to acquiring Bats migrated to the Bats trading platform.

What Is the CBOE Options Exchange?
The CBOE Options Exchange, formerly known as the Chicago Board Options Exchange (CBOE), is the world's largest options exchange
more
EDGX Definition
EDGX Exchange is a U.S. equities exchange operated by CBOE U.S. Equities.
more
OTC Markets Group Inc.
OTC Markets Group Inc. is the owner and operator of the largest U.S. electronic quotation and trading system for over-the-counter (OTC) securities.
more
What Is a Regional Stock Exchange?
A regional stock exchange is a stock exchange not located in that country's primary financial center.
more
Futures Exchange Definition
A futures exchange is a central marketplace, physical or electronic, where futures contracts and options on futures contracts are traded.
more
What Is NYSE Arca?
NYSE Arca is an electronic securities exchange in the U.S. on which exchange-traded products and equities trade.
more
Partner Links

Getting to Know the Stock Exchanges

Who Owns The Stock Exchanges? 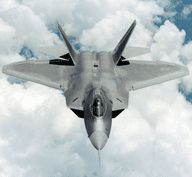 Why Investing in Russia Is Risky Business