What Is Black Friday?

Black Friday refers to the day after the U.S. Thanksgiving holiday, which has also traditionally been a holiday itself for many employees. It is typically a day full of special shopping deals and big discounts and is considered the beginning of the holiday shopping season.

The sales made on Black Friday are often thought of as a litmus test for the overall economic condition of the country and a way for economists to measure the confidence of the average American when it comes to discretionary spending. Those who share the Keynesian assumption that spending drives economic activity view lower Black Friday sales figures as a harbinger of slower growth.

It's common for retailers to offer special promotions online and in-store on Black Friday. Many open their doors during the pre-dawn hours on Black Friday to attract customers. To keep up with the competition, some retailers have gone so far as to keep their operations going on the Thanksgiving holiday, while others begin offering deals earlier during November.

Really avid bargain hunters have been known to camp out overnight on Thanksgiving to secure a place in line at a favorite store; the most fanatical have been known to skip Thanksgiving dinner altogether and camp out in parking lots for days or even weeks to get great deals. The promotions usually continue through Sunday, and both brick-and-mortar stores and online retailers see a spike in sales.

Black Friday also refers to a stock market catastrophe that took place on Sept. 24, 1869. On that day, after a period of rampant speculation, the price of gold plummeted, and the markets crashed.

Retailers may spend an entire year planning their Black Friday sales. They use the day as an opportunity to offer rock-bottom prices on overstock inventory and to offer doorbusters and discounts on seasonal items, such as holiday decorations and typical holiday gifts.

Retailers also offer significant discounts on big-ticket items and top-selling brands of TVs, smart devices, and other electronics, luring customers in the hope that, when inside, they will purchase higher-margin goods. The contents of Black Friday advertisements are often so highly anticipated that retailers go to great lengths to ensure they don't leak out publicly beforehand.

Consumers often shop on Black Friday for the hottest trending items, which can lead to stampedes and violence in the absence of adequate security. For example, on Black Friday in 1983, customers engaged in scuffles, fistfights, and stampedes in stores across the U.S. to buy Cabbage Patch Kids dolls, that year's must-have toy, which was also believed to be in short supply. Appallingly, a worker at a big store was even trampled to death on Black Friday in 2008, as throngs of shoppers pushed their way into the store when the doors opened.

The Surprising Origins of Black Friday

The concept of retailers throwing post-Turkey Day sales started long before "Black Friday" was actually coined. In an effort to kick off the holiday shopping season with a bang and attract hordes of shoppers, stores have promoted major deals the day after Thanksgiving for decades, banking on the fact that many companies and businesses gave employees that Friday off.

So why the name? Some say the day is called Black Friday as an homage to the term "black" referring to profitability, which stems from the old bookkeeping practice of recording profits in black ink and losses in red ink. The idea is retail businesses sell enough on this Friday (and the ensuing weekend) to put themselves "in the black” for the rest of the year.

However, long before it started appearing in advertisements and commercials, the term was actually coined by overworked Philadelphia police officers. In the 1950s, crowds of shoppers and visitors flooded the City of Brotherly Love the day after Thanksgiving. Not only did Philadelphia stores tout major sales and the unveiling of holiday decorations on this special day, but the city also hosted the Army-Navy football game on Saturday of the same weekend.

As a result, traffic cops were required to work 12-hour shifts to deal with the throngs of drivers and pedestrians, and they were not allowed to take the day off. Over time, the annoyed officers—using a descriptive that's no longer acceptable—started to refer to this dreaded workday as Black Friday.

The term spread to store salespeople who used "Black Friday" to describe the long lines and general chaos they had to deal with on that day. It remained Philadelphia slang for a few decades, spreading to a few nearby cities, such as Trenton, N.J.

Finally, in the mid-1990s—celebrating the positive connotation of black ink—"Black Friday” swept the nation and started to appear in print and TV ad campaigns across the United States.

The Evolution of Black Friday

Somewhere along the way, Black Friday made the giant leap from congested streets and crowded stores to fevered shoppers fighting over parking spaces and tussling over the latest must-have toy. When did Black Friday become the frenzied, over-the-top shopping event it is today?

That would be in the 2000s when Black Friday was officially designated the biggest shopping day of the year. Until then, that title had gone to the Saturday before Christmas. Yet, as more retailers started touting "can’t miss” post-Thanksgiving sales, and the Black Friday discounts grew deeper and deeper, American consumers could no longer resist the pull of this big shopping day.

In 2011, Walmart announced that, instead of opening its doors on Friday morning, it would start sales on Thanksgiving evening. That started a frenzy among other big-box retailers who quickly followed suit. Today, Black Friday is a longer event—a Black Weekend.

For online retailers, a similar tradition has arisen on the Monday following Thanksgiving—Cyber Monday. The idea is that consumers return to work after the Thanksgiving holiday weekend, ready to start shopping. Online retailers often herald their promotions and sales prior to the actual day in order to compete against the Black Friday offerings at brick-and-mortar stores.

As a result, in terms of sales, Cyber Monday has proved a hit among shoppers. Though Cyber Monday had traditionally been the biggest online shopping day of the year, it was surpassed by Black Friday in 2019.

In 2020, for the first time, more than 100 million people shopped online on Black Friday and the number of online-only shoppers increased 44% for the entire period. However, due to the COVID-19 pandemic, many retailers remained closed on Thanksgiving 2020 and offered Black Friday deals online instead.

Also part of the Thanksgiving holiday weekend shopping bonanza is Small Business Saturday, which was created to encourage consumers to shop locally at small businesses.

The Significance of Black Friday

Some investors and analysts look at Black Friday numbers as a way to gauge the overall health of the entire retail industry. Others scoff at the notion that Black Friday has any real fourth-quarter predictability for the stock markets as a whole. Instead, they suggest that it only causes very short-term gains or losses.

However, in general, the stock market can be affected by having extra days off for Thanksgiving or Christmas. It tends to see increased trading activity and higher returns the day before a holiday or a long weekend, a phenomenon known as the holiday effect or the weekend effect. Many traders look to capitalize on these seasonal bumps.

When Is Black Friday?

Why Is Black Friday Important to Economists?

The money spent by consumers on Black Friday is seen as a measure of the economy. It gives economists a way to gauge consumer confidence and discretionary spending.

What Is Cyber Monday?

Cyber Monday
Cyber Monday is the Monday following American Thanksgiving, representing the day online retailers offer deep discounts.
more
Green Monday
Green Monday refers to one of the retail industry's busiest shopping days, occurring on the second Monday in December.
more
Super Saturday
Super Saturday (or Panic Saturday) is the Saturday before Christmas—the last chance for shoppers and retailers to connect before the season ends.
more
What Is Black Thursday?
Black Thursday refers to Thursday, Oct. 24, 1929, when panicked selling sparked the first day of the Stock Market Crash of 1929.
more
Doorbuster
A doorbuster is a strategy retailers use to get a high volume of customers into their stores by offering big discounts for a limited time.
more
Merchandising Definition
Merchandising is any act of promoting goods or services for retail sale, including marketing strategies, display design, and discount offers.
more
Partner Links

A Guide to Reselling Toys at Christmas for Extra Money 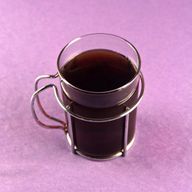 15 Ways to Save Money Painlessly

6 Things to Buy AFTER Christmas