What Is the Boom and Bust Cycle?

During the boom the economy grows, jobs are plentiful and the market brings high returns to investors. In the subsequent bust the economy shrinks, people lose their jobs and investors lose money. Boom-bust cycles last for varying lengths of time; they also vary in severity.

Understanding the Boom and Bust Cycle

Since the mid-1940s, the United States has experienced several boom and bust cycles. Why do we have a boom and bust cycle instead of a long, steady economic growth period? The answer can be found in the way central banks handle the money supply.

During a boom, a central bank makes it easier to obtain credit by lending money at low interest rates. Individuals and businesses can then borrow money easily and cheaply and invest it in, say, technology stocks or houses. Many people earn high returns on their investments, and the economy grows.

The problem is that when credit is too easy to obtain and interest rates are too low, people will overinvest. This excess investment is called “malinvestment.” There won’t be enough demand for, say, all the homes that have been built, and the bust cycle will set in. Things that have been overinvested in will decline in value. Investors lose money, consumers cut spending and companies cut jobs. Credit becomes more difficult to obtain as boom-time borrowers become unable to make their loan payments. The bust periods are referred to as recessions; if the recession is particularly severe, it is called a depression.

According to the National Bureau of Economic Research, there were 34 business cycles between 1854 and 2020, with each full cycle lasting roughly 56 months on average.﻿﻿

Plummeting confidence also contributes to the bust cycle. Investors and consumers get nervous when the stock market corrects or even a crashes. Investors sell their positions, and buy safe-haven investments that traditionally don't lose value, such as bonds, gold, and the U.S. dollar. As companies lay off workers, consumers lose their jobs and stop buying anything but necessities. That exacerbates the a downward economic spiral.

The bust cycle eventually stops on its own. That happens when prices are so low that those investors that still have cash start buying again. This can take a long time, and even lead to a depression. Confidence can be restored more quickly by central bank monetary policy and government fiscal policy.

Government subsidies that make it less expensive to invest may also contribute to the boom-bust cycle by encouraging companies and individuals to overinvest in the subsidized item. For example, the mortgage interest tax deduction subsidizes a home purchase by making the mortgage interest less expensive. The subsidy encourages more people to buy homes.

Article Sources
Investopedia requires writers to use primary sources to support their work. These include white papers, government data, original reporting, and interviews with industry experts. We also reference original research from other reputable publishers where appropriate. You can learn more about the standards we follow in producing accurate, unbiased content in our editorial policy.
Take the Next Step to Invest
×
The offers that appear in this table are from partnerships from which Investopedia receives compensation. This compensation may impact how and where listings appear. Investopedia does not include all offers available in the marketplace.
Service
Name
Description
Part Of
Guide to Economic Depression
Related Terms
Macroeconomics Definition, History, and Schools of Thought
Macroeconomics studies an overall economy or market system, its behaviors, the factors that drive it, and how to improve its performance.
more
Recession: What Is It and What Causes It
A recession is a significant decline in economic activity that lasts longer than a few months.
more
Liquidity Trap: Definition, Causes, and Examples
A liquidity trap can occur when interest rates are very low and savings rates are high, rendering monetary policy efforts ineffective.
more
Keynesian Economics Theory: Definition and How It's Used
Keynesian economics comprise a theory of total spending in the economy and its effects on output and inflation, as developed by John Maynard Keynes.
more
Karl Marx: His Books, Theories, and Impact
Karl Marx was a 19th-century philosopher, author, and economist famous for his ideas about capitalism and communism. He was the father of Marxism.
more
Marxism: What It Is and Comparison to Communism, Socialism, and Capitalism
Marxism is a set of social, political, and economic theories created and espoused by Karl Marx that became a prominent school of socialist thought.
more
Partner Links
Related Articles

The 6 Signs of an Economic Recovery 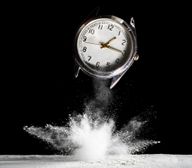