Compounding is the process in which an asset’s earnings, from either capital gains or interest, are reinvested to generate additional earnings over time. This growth, calculated using exponential functions, occurs because the investment will generate earnings from both its initial principal and the accumulated earnings from preceding periods.

Compounding, therefore, differs from linear growth, where only the principal earns interest each period.

Compounding typically refers to the increasing value of an asset due to the interest earned on both a principal and accumulated interest. This phenomenon, which is a direct realization of the time value of money (TMV) concept, is also known as compound interest.

Compounding is crucial in finance, and the gains attributable to its effects are the motivation behind many investing strategies. For example, many corporations offer dividend reinvestment plans (DRIPs) that allow investors to reinvest their cash dividends to purchase additional shares of stock. Reinvesting in more of these dividend-paying shares compounds investor returns because the increased number of shares will consistently increase future income from dividend payouts, assuming steady dividends.

This formula assumes that no additional changes outside of interest are made to the original principal balance.

Curious what 100% daily compounding looks like? One Grain of Rice, the folktale by Demi, is centered around a reward where a single grain of rice is awarded on the first day and the number of grains of rice awarded each day is doubled over 30 days. At the end of the month, over 536 million grains of rice would be awarded on the last day.

To illustrate this effect, consider the following example given the above formula. Assume that an investment of $1 million earns 20% per year. The resulting future value, based on a varying number of compounding periods, is:

As evident, the future value increases by a smaller margin even as the number of compounding periods per year increases significantly. The frequency of compounding over a set length of time has a limited effect on an investment’s growth. This limit, based on calculus, is known as continuous compounding and can be calculated using the formula:

Compounding is an example of "the snowball effect" where a situation of small significance builds upon itself into a larger, more serious state.

Compounding on Investments and Debt

To illustrate how compounding works, suppose $10,000 is held in an account that pays 5% interest annually. After the first year or compounding period, the total in the account has risen to $10,500, a simple reflection of $500 in interest being added to the $10,000 principal. In year two, the account realizes 5% growth on both the original principal and the $500 of first-year interest, resulting in a second-year gain of $525 and a balance of $11,025.

After 10 years, assuming no withdrawals and a steady 5% interest rate, the account would grow to $16,288.95. Without having added or removed anything from our principal balance except for interest, the impact of compounding has increased the change in balance from $500 in Period 1 to $775.66 in Period 10.

In addition, without having added new investment on our own, our investment has grown $6,288.95 in 10 years. Had the investment only paid simple interest (5% on the original investment only), annual interest would have only been $5,000 ($500 per year for 10 years).

The Rule of 72 is a heuristic used to estimate how long an investment or savings will double in value if there is compound interest (or compounding returns). The rule states that the number of years it will take to double is 72 divided by the interest rate. If the interest rate is 5% with compounding, it would take around 14 years and five months to double.

What Is the Difference Between Simple Interest and Compound Interest?

How Do I Compound My Money?

In addition to compound interest, investors can receive compounding returns by reinvesting dividends. This means taking the cash received from dividend payments to purchase additional shares in the company—which will, themselves, pay out dividends in the future.

Which Type of Average Is Best Suited to Compounding?

There are different types of average (mean) calculations used in finance. When computing the average returns of an investment or savings account that has compounding, it is best to use the geometric average. In finance, this is sometimes known as the time-weighted average return or the compound annual growth rate (CAGR).

What Is the Best Example of Compounding?

High-yield savings accounts are a great example of compounding. Let's say you deposit $1,000 in a saving account. In the first year, you will earn a given amount of interest. If you never spend any money in the account and the interest rate at least stays the same as the year before, the amount of interest you earn in the second year will be higher. That is because savings accounts add interest earned to the cash balance that is eligible to earn interest.

Once referred to as the either wonder of the world by Albert Einstein, compounding and compound interest play a very important part in shaping the financial success of investors. If you take advantage of compounding, you'll earn more money faster. If you take on compounding debt, you'll be stuck in a growing debt balance longer. By compounding interest, financial balances have the ability to exponential grow faster than straight line interest. 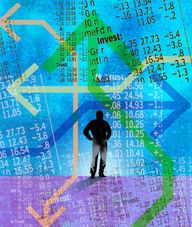 How to Calculate Interest on Interest

Understanding the Time Value of Money

How Can I Calculate Compounding Interest on a Loan in Excel?