Corruption is dishonest behavior by those in positions of power, such as managers or government officials. Corruption can include giving or accepting bribes or inappropriate gifts, double-dealing, under-the-table transactions, manipulating elections, diverting funds, laundering money, and defrauding investors. One example of corruption in the world of finance would be an investment manager who is actually running a Ponzi scheme.

There are many situations in which a person can be considered corrupt. In the financial services industry, chartered financial analysts and other financial professionals are required to adhere to a code of ethics and avoid situations that could create a conflict of interest. Penalties for being found guilty of corruption include fines, imprisonment, and a damaged reputation. Engaging in corrupt behavior may have negative long-lasting effects for an organization. In 2015, five prominent investment banks were fined a cumulative total of approximately $5.5 billion for rigging the foreign exchange market between 2007 and 2013.

When corruption occurs within an organization, unflattering media coverage typically follows, which may result in customers losing trust in the company's business practices and products. A comprehensive public relations campaign is often required to limit reputational damage and restore trust. This requires valuable resources, such as time and money, which may result in other critical areas of the organization being deprived. As a result, inefficiencies that lead to financial losses can occur.

As the case became increasingly public, PTC Inc. has needed to strike a delicate public relations effort to restore its reputation. Organizations that have been known to engage in corruption find business development difficult. Investors and shareholders are reluctant to commit if an organization has a history of corruption, or bribes and favors are part of normal business conduct.

Corruption unchecked can increase criminal activity and organized crime in the community. A number of steps can, however, help to manage corruption. There must be a strong focus on education, which must reinforce best business practices, and alert managers and employees where to look for corruption. This can be achieved by introducing mandatory education such as anti-money laundering (AML) courses. Senior executives and management must set a strong culture of honesty and integrity by leading by example.

Corruption is likely to be reduced with accountability mechanisms in place; this in turn is likely to reinforce a culture that fosters strong ethical behavior while holding those to account who violate the norms. Corruption can further be reduced by making it easy to report, whether by managers, employees, suppliers, and customers. A robust control environment also reduces the risk of corruption as do thorough background checks before hiring or promoting employees.

Article Sources
Investopedia requires writers to use primary sources to support their work. These include white papers, government data, original reporting, and interviews with industry experts. We also reference original research from other reputable publishers where appropriate. You can learn more about the standards we follow in producing accurate, unbiased content in our editorial policy.
Take the Next Step to Invest
×
The offers that appear in this table are from partnerships from which Investopedia receives compensation. This compensation may impact how and where listings appear. Investopedia does not include all offers available in the marketplace.
Service
Name
Description
Related Terms
Anti Money Laundering (AML)
Anti-money laundering (AML) refers to laws and regulations intended to stop criminals from disguising illegally obtained funds as legitimate income.
more
What Is a Certified Reverse Mortgage Professional (CRMP)?
Certified Reverse Mortgage Professional (CRMP) is a professional designation conferred on a reverse mortgage lender by the National Reverse Mortgage Lenders Association (NRMLA).
more
What Is Embezzlement?
Embezzlement is a form of fraud wherein a person or entity intentionally misappropriates assets for personal use.
more
Why Guanxi Matters
Guanxi is a Chinese term meaning "networks" or "connections" that open doors and facilitate business deals.
more
Endowment
An endowment is a nonprofit’s investable assets, which are used for operations or programs that are consistent with the wishes of the donor(s).
more
CFA Institute
The CFA Institute is an international organization that serves investment management professionals with education, ethics, and certification programs.
more
Partner Links
Related Articles

How to Find a BIPOC Financial Advisor or Planner

Ethical Standards You Should Expect From Financial Advisors

Why Are Business Ethics Important?

The Alphabet Soup of Financial Certifications 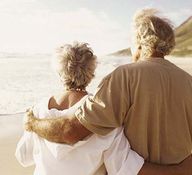 How Financial Advisors Can Protect Themselves Against Lawsuits