What Is the Department of Labor (DOL)?

The office is headed by the secretary of labor, a position held by Martin J. Walsh since March 23, 2021.

Understanding the Department of Labor

The DOL works to improve working conditions and the overall health of the labor market. It aims to create employment opportunities, protect retirement and healthcare benefits, help employers find workers, encourage collective bargaining, and track changes in a range of relevant economic metrics. It is also the parent agency of the Bureau of Labor Statistics (BLS), which collects and publishes labor market and economic data, including the unemployment rate and the Consumer Price Index.

Laws Enforced by the Department of Labor

The Department of Labor enforces more than 180 federal labor laws, including those dealing with workers’ compensation, unions, employee benefits, workplace safety and health, veterans’ rights, and parental and medical leave. These laws cover around 150 million workers and 10 million workplaces.

One prime example is the Fair Labor Standards Act, which sets the standards for minimum wages and stipulates that overtime pay must be one and one-half times the usual pay rate. It also limits the number of hours a person younger than 16 can work and restricts those younger than 18 from performing dangerous jobs.

The Employee Benefits Security Administration (EBSA) came into being in February 2003 and “is responsible for administering and enforcing the fiduciary, reporting and disclosure provisions of Title I of the Employee Retirement Income Security Act of 1974 (ERISA).” It was previously known as the Pension and Welfare Benefits Administration and began as the Pension and Welfare Benefits Program in 1959. EBSA is a sub-cabinet entity with assistant secretary and deputy assistant secretary posts.

Its charge is to educate and assist workers, retirees, and their families, and plan sponsors for their retirement, healthcare, and welfare plans. It aims to make sure that people understand their rights under the law and claim all benefits due to them. It offers direct one-on-one assistance by telephone, online, in writing, and in person. It handles applications for exemption under Title I of ERISA and consumer complaints regarding any violation of the law.

ILAB consists of three major offices: the Office of Child Labor, Forced Labor, and Human Trafficking (OCFT); the Office of International Relations and Economic Research (OIRER); and the Office of Trade and Labor Affairs (OTLA). It represents the U.S. government at the International Labour Organization (ILO) and participates in international forums such as the G20, the Organisation for Economic Co-operation and Development (OECD), the Inter-American Conference of Ministers of Labor (IACML), and the Asia-Pacific Economic Cooperation (APEC).

History of the Department of Labor

The DOL was created in 1913 by President William Howard Taft, shortly before President Woodrow Wilson took office. The act that created the DOL specified that its purpose was “to foster, promote and develop the welfare of working people, to improve their working conditions, and to enhance their opportunities for profitable employment.”

The DOL included four existing bureaus at the time of its creation, which were the Bureau of Labor Statistics (BLS), the Bureau of Immigration, the Bureau of Naturalization, and the Children’s Bureau. It also created the U.S. Conciliation Service. In 1916, Congress passed the Adamson Act, the first federal law to affect the terms of employment by private companies. It also created an eight-hour workday for railroad workers. The DOL has since assumed control over several aspects of the workplace and labor market.

In 2018, President Donald Trump announced a plan to merge the Department of Labor and the Department of Education. The new entity would be the Department of Education and the Workforce, and the reasons given for the merger were to provide better organization, efficiency, and consolidation in services. Critics of the proposal called it a means of greatly diminishing or even ending the federal government’s involvement in education, including the department of education’s participation in enforcing civil rights. The plan required Congressional approval, which was not forthcoming, so it never became law.

The Biden administration aimed to use the DOL to shift some power from corporations and toward workers and to work on reducing income inequalities. These more liberal policies also include greater protections among workers looking to form unions.

Article Sources
Investopedia requires writers to use primary sources to support their work. These include white papers, government data, original reporting, and interviews with industry experts. We also reference original research from other reputable publishers where appropriate. You can learn more about the standards we follow in producing accurate, unbiased content in our editorial policy.
Part Of
Guide to Employment Law
Related Terms
Employee Benefits Security Administration (EBSA)
The Employee Benefits Security Administration (EBSA) oversees and enforces provisions of the Employee Retirement Income Security Act of 1974 (ERISA).
more
Bureau of Labor Statistics (BLS)
The Bureau of Labor Statistics (BLS) is a government agency that produces a range of data about the U.S. economy.
more
Aggregate Hours
Aggregate hours are a Department of Labor (DOL) statistic showing the total sum of hours worked by all employed people over the course of a year.
more
Employee Retirement Income Security Act (ERISA) History, Purpose
The Employee Retirement Income Security Act (ERISA) protects workers' retirement savings by ensuring fiduciaries do not misuse plan assets.
more
National Labor Relations Board (NLRB) Definition
The National Labor Relations Board (NLRB) is a federal agency created by Congress to protect the collective bargaining rights of private-sector employees.
more
Office of Management and Budget (OMB)
The Office of Management and Budget (OMB) has numerous roles within the U.S. executive branch, including planning and executing the president’s budget.
more
Partner Links
Related Articles 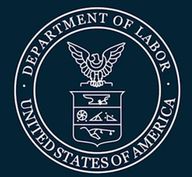 What Does the U.S. Secretary of Labor Do?