What Is Earning Potential?

Earning potential refers to the potential gains from dividend payments and capital appreciation shareholders might earn from holding a stock. In other words, it reflects the largest possible profit that a corporation can make. It is often passed on to investors in the form of dividends. The possible growth in earnings that could be generated for each share outstanding of a particular stock.

Earning potential can be measured on an earnings per share (EPS), return on assets (ROA) or return on equity (ROE) basis. Companies sometimes choose to pass this growth on to investors in the form of dividends.

In addition to scrutinizing earnings growth potential, analysts, investors, portfolio managers, and potential acquirers usually look at a stock or industry sector's earning potential in relation to other factors such as price, by calculating the price to earnings (P/E) ratio. Generally, the higher the ratio, the greater the earnings potential. The perception that a given stock has higher earning potential relative to other securities tends to drive up the price of that stock.

Although earning growth potential can cause a stock's price to rise, this will not necessarily translate into higher current dividends as company management might choose to instead reinvest its earnings in the business. A company that comes out with an innovative new product may have higher earning potential in the future as a result, but the projected revenue may not translate into actual profit for some time.

A company’s market value can and does fluctuate for reasons unrelated to its earning potential. For instance, during “risk-off” periods in markets when a change in risk perception makes investors reluctant to bet on any but the safest assets. The same dynamic can operate in reverse during times of bullish sentiment.

Several factors need to be taken into account when valuing a stock’s earning potential. The value of intangibles such as intellectual property and brand equity, share buyback plans, revenue forecasts, and market share in addition to management acumen, regulatory risk, and general investor sentiment—all come into play when analyzing or deciding whether or not to invest in a stock or acquire a company.

Earning potential varies by industry, so it’s important to consider where a stock trades relative to its industry peers by analyzing comps, or comparables. And comparing a company’s earning potential to its past performance can show you how its growth potential has changed over time.

Related Terms
Due Diligence
Performing due diligence means thoroughly checking the financials of a potential financial decision. Here's how to do due diligence for individual stocks.
more
Price-to-Book (PB) Ratio: Meaning, Formula, and Example
The price-to-book (P/B) ratio evaluates a firm's market value relative to its book value.
more
Fundamental Analysis: Principles, Types, and How to Use It
Fundamental analysis is a method of measuring a stock's intrinsic value. Analysts who follow this method try to find under or overvalued stocks.
more
What Does an Investor Do? What Are the Different Types?
Any person who commits capital with the expectation of financial returns is an investor. Common investment vehicles include stocks, bonds, commodities, and mutual funds.
more
Investment Basics Explained With Types to Invest in
An investment is an asset or item that is purchased with the hope that it will generate income or appreciate in value at some point in the future.
more
Earnings Per Share (EPS): What It Means and How to Calculate It
Earnings per share (EPS) is the portion of a company's profit allocated to each outstanding share of common stock, serving as a profitability indicator.
more
Partner Links
Related Articles

A Beginner's Guide to Growth Investing 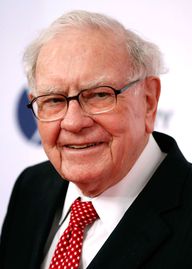 Stock Buybacks: Why Do Companies Buy Back Shares?