What Is an Economic Man?

The term "economic man" (also referred to as "homo economicus") refers to an idealized person who acts rationally, with perfect knowledge, and who seeks to maximize personal utility or satisfaction. The presence of an economic man is an assumption of many economic models.

To explain a phenomenon, scientists often build models, and to build these models, scientists have to make assumptions that simplify reality. In economics, one of those simplifying assumptions is a person who is fundamentally rational in economic situations.

Unlike an actual human, and economic man always behaves rationally in a narrowly self-interested way that maximizes their satisfaction. This assumption enables economists to study how markets would work if these theoretical persons populated them. For example, economists assume that the law of supply and demand is describable with a mathematical equation.

Feminist perspectives that go beyond the economic man were introduced in the early aughts by scholars Marianne A. Ferber and Julie A. Nelson, who wrote Beyond Economic Man: Feminist Economics Today published in 1993. The writing of this book remains essential because feminist perspectives are almost always missing from the world of economics during the time of the economic man.

The History of Economic Man

The idea that human beings are rational creatures whose behaviors are explainable through mathematics has its roots in the European enlightenment of the 18th and 19th centuries., Many assumptions built into the idea of the "economic man" were thought to be first developed by early thinkers like René Descartes and Gottfried Wilhelm Leibnitz and then later, Jeremy Bentham and John Stuart Mill.

However, it turns out that many of the thoughts that were brought forth by Western philosophers during the Enlightenment were actually proposed a century earlier by an Ethiopian theologian Zera Yacob. This African theologian's methodology is similar to the work of Rene Descartes and John Locke, according to scholars, as well as addressing anti-sexist and anti-racist attitudes when it comes to natural law and religious tolerance.

The "economic human" might be a better name for the antiquated use of "economic man," which sounds gender biased.

In the 19th century, thinkers wanted to harness the analytical power of mathematics in the areas of politics and government. Before the 19th century, these subjects had been the domain of qualitative philosophers. Thinkers like John Stuart Mill and later economists like Carl Menger insisted that political economy (the word "political" was dropped later, and the subject became referred to as economics) was a discipline that had to proceed with mathematical rigor in all of its principles.

In his essay, On the Definition of Political Economy; and on the Method of Investigation Proper To It from 1830, Mill argues that the study of political economy is not a study of applied politics. Instead, it is a limited study of man in the abstract, seeking material gain in the world.

Mill doesn't deny that human beings may have emotions and motivations outside of pursuing material wellbeing. However, those properties of a human being should be left out of the study of economics so that it can be more deductive and logical. The idea of "stripping" a human being to a bare essence to get to a central truth is a key component in the initial creation of the economic man.

In this formulation, an economic man does not have to act morally or responsibly; they don't even need to act rationally from the perspective of an outside observer. They only need to act in a way that allows them to attain pre-determined, narrow goals at the lowest possible cost. For example, if an angler in the Pacific Ocean can catch the same amount of fish with a disposable plastic net that they could with a more expensive hand-woven natural fiber net, they will choose the plastic net–even if that means they will eventually and unintentionally poison the fish that he depends on for their livelihood.

Criticisms of the Economic Man Concept

Economists are aware of the deficiencies of using the model of the economic man as a basis for economic theories. However, some are more willing to abandon the concept than others. One obvious problem is that human beings don't always act "rationally."

The concept assumes that the options faced by the economic man offer obvious differences in satisfaction. But it is not always clear that one option is superior to another. Two options may enhance a person's utility, or satisfaction, in two different ways, and it may not be clear that one is better than the other.

A body of work in economics that has come to be called behavioral economics presents the largest sustained challenge to the analytical construct of economic man. The elements that make up behavioral economics are diverse, ranging from bounded rationality and prospect theory to intertemporal choice and nudge theory.

Why Isn't There an Economic Woman?

When the term "economic man" was coined, women were living in a society where the study of economics and other higher learning opportunities were dominated by men.

What Is an Economic Man?

A person who is considered to be an economic person is the imagined ideal of an individual, no matter what their gender, who seeks to maximize satisfaction and acts in self-interest at any cost.

What Is an Example of an Economic Man?

The theory behind the economic man or woman is a person who will focus on getting ahead in a rational way. For example, someone who takes the better paying job with the strongest benefits over a job they might enjoy more but pays less money.

Article Sources
Investopedia requires writers to use primary sources to support their work. These include white papers, government data, original reporting, and interviews with industry experts. We also reference original research from other reputable publishers where appropriate. You can learn more about the standards we follow in producing accurate, unbiased content in our editorial policy.
Take the Next Step to Invest
×
The offers that appear in this table are from partnerships from which Investopedia receives compensation. This compensation may impact how and where listings appear. Investopedia does not include all offers available in the marketplace.
Service
Name
Description
Related Terms
Rational Choice Theory Definition
Rational choice theory says individuals rely on rational calculations to make rational choices that result in outcomes aligned with their best interests.
more
Homo Economicus
Homo economicus, or economic man, is the figurative human being characterized by the infinite ability to make rational decisions.
more
What Is Economics?
Economics is a branch of social science focused on the production, distribution, and consumption of goods and services.
more
What Is Performativity in Economics?
Performativity describes when an economic model comes to construct the reality it is meant to describe, instead of merely describing it.
more
Who Was John Stuart Mill?
John Stuart Mill was an influential 19th-century British philosopher, political economist, and author of the leading economics textbook for 40 years.
more
Everything You Need to Know About Macroeconomics
Macroeconomics studies an overall economy or market system, its behavior, the factors that drive it, and how to improve its performance.
more
Partner Links
Related Articles 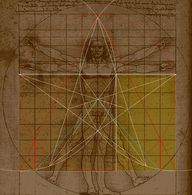 Is It Time for a Universal Basic Income?

What Impact Does Industrialization Have on Wages?

An Introduction to Behavioral Finance