What Is an Equivalent Flat Rate?

The term “equivalent flat rate” is used in the context of the insurance industry within the European Union (EU). Specifically, it relates to the methods used by the EU to regulate the insurance industry in order to ensure that insurance policyholders will have their claims honored even if their insurers become insolvent and are unable to meet their obligations.

When purchasing insurance, the two main priorities that all consumers share is to pay as little as possible for their coverage and to be sure that, if they do need to file a claim, their insurance company will be able to honor its commitments. To help ensure this, governments throughout the world create regulatory systems designed to protect consumers from the risk that insurers might become insolvent and be unable to honor their customers’ claims.

To that end, countries in the EU have created insurance guarantee schemes (IGS) to act as government-backed “insurers of last resort” to protect consumers. The two main approaches to funding these organizations are through a flat-rate method, in which insurers are charged a set percentage of their premiums regardless of how much risk is assumed by the insurer; and a risk-based method, in which the insurer is charged an amount that varies depending on the risk of their policies. An equivalent flat rate, therefore, is a flat rate that is intended to average the amount that would be charged to the insurer under a risk-based method.

To achieve an equivalent flat rate, the IGS adjusts the flat rate it charges an insurer to reflect an amount equal to what it would charge that insurer under a risk-based scheme. This adjustment allows the insurer to pay what they perceive to be a flat rate, while the IGS remains protected by charging a rate based on the actual risk assumed by the insurer. If an IGS uses a flat-rate scheme, an insurer that takes on greater risk does not have to pay increasing rates. Therefore, the insurer will not be required to raise the premiums they charge to their policyholders.

Safe Choice Insurance is a hypothetical insurance company operating in the EU. Under their country’s IGS program, Safe Choice is required to pay a set percentage of their insurance premiums to their insurance regulator. The regulator then holds these funds in a contingency fund to cover any potential future claims that Safe Choice is unable to pay for due to insolvency. For Safe Choice’s customers, this provides an added level of assurance that they will be able to count on the protections they purchase.

Although Safe Choice pays the same percentage rate from one month to the next, the actual percentage chosen by the IGS was based on an equivalent flat rate methodology. What this means is that, in selecting the rate, the regulator considered the risk level of Safe Choice’s policies and chose a flat rate that they felt would approximate, on an average basis, the level of premiums that the regulator would collect if they assessed premiums on a risk-based basis for each of Safe Choice’s individual policies.

Take the Next Step to Invest
×
The offers that appear in this table are from partnerships from which Investopedia receives compensation. This compensation may impact how and where listings appear. Investopedia does not include all offers available in the marketplace.
Service
Name
Description
Related Terms
Life Insurance Guide to Policies and Companies
Life insurance is a contract in which an insurer, in exchange for a premium, guarantees payment to an insured’s beneficiaries when the insured dies.
more
Underwriting Capacity
Underwriting capacity is the maximum amount of liability that an insurance company agrees to assume from its underwriting activities.
more
Cut-Through Clause
A cut-through clause is a reinsurance provision that lets a party, other than the ceding company and reinsurance company, have rights under the agreement.
more
Capital at Risk (CaR) Definition
Capital at risk is the amount of capital that is set aside to cover risks.
more
Benefits Payable Exclusion Definition
A benefits payable exclusion is an insurance contract clause that removes the insurer’s responsibility for paying claims related to employee benefits.
more
Obligatory Reinsurance Definition
Obligatory reinsurance is when the ceding insurer agrees to send a reinsurer all policies which fit within the guidelines of the reinsurance agreement.
more
Partner Links
Related Articles

What You Need to Know About Auto Insurance 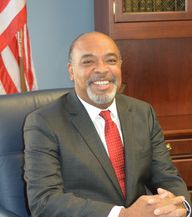 Taking the Mystery Out of Life Insurance

How to Easily Understand Your Insurance Contract