Fraud: What You Need to Know

Fraud is an intentionally deceptive action designed to provide the perpetrator with an unlawful gain or to deny a right to a victim. Types of fraud include tax fraud, credit card fraud, wire fraud, securities fraud, and bankruptcy fraud. Fraudulent activity can be carried out by one individual, multiple individuals or a business firm as a whole.

Fraud involves the false representation of facts, whether by intentionally withholding important information or providing false statements to another party for the specific purpose of gaining something that may not have been provided without the deception.

Both states and the federal government have laws that criminalize fraud, though fraudulent actions may not always result in a criminal trial. Government prosecutors often have substantial discretion in determining whether a case should go to trial and may pursue a settlement instead if this will result in a speedier and less costly resolution. If a fraud case goes to trial, the perpetrator may be convicted and sent to jail.

While the government may decide that a case of fraud can be settled outside of criminal proceedings, non-governmental parties that claim injury may pursue a civil case. The victims of fraud may sue the perpetrator to have funds recovered, or, in a case where no monetary loss occurred, may sue to reestablish the victim’s rights.

Common individual mortgage fraud schemes include identity theft and income/asset falsification, while industry professionals may use appraisal frauds and air loans to dupe the system. The most common investor mortgage fraud schemes are different types of property flipping, occupancy fraud, and the straw buyer scam.

Fraud also occurs in the insurance industry. Thoroughly reviewing an insurance claim may take so many hours that an insurer may determine that a more cursory review is warranted considering the size of the claim. Knowing this, an individual may file a small claim for a loss that didn’t really occur. The insurer may decide to pay the claim without thoroughly investigating since the claim is small. In this case, insurance fraud has been conducted.

Fraud can have a devastating impact on a business. In 2001, a massive corporate fraud was uncovered at Enron, a U.S.-based energy company. Executives used a variety of techniques to disguise the company’s financial health, including the deliberate obfuscation of revenue and misrepresentation of earnings. After the fraud was uncovered, shareholders saw share prices plummet from around $90 to less than $1 in a little over a year. Company employees had their equity wiped out and lost their jobs after Enron declared bankruptcy. The Enron scandal was a major driver behind the regulations found in the Sarbanes-Oxley Act passed in 2002.

Article Sources
Investopedia requires writers to use primary sources to support their work. These include white papers, government data, original reporting, and interviews with industry experts. We also reference original research from other reputable publishers where appropriate. You can learn more about the standards we follow in producing accurate, unbiased content in our editorial policy.
Take the Next Step to Invest
×
The offers that appear in this table are from partnerships from which Investopedia receives compensation. This compensation may impact how and where listings appear. Investopedia does not include all offers available in the marketplace.
Service
Name
Description
Part Of
Guide to Financial Crime and Fraud Guide
Related Terms
White-Collar Crime Definition
A white-collar crime is a non-violent crime committed by an individual, typically for financial gain.
more
Marketing Fraud
Marketing fraud is the illegal practice of making false or misleading promotional claims for financial gain.
more
What Is Embezzlement?
Embezzlement is a form of fraud wherein a person or entity intentionally misappropriates assets for personal use.
more
Forensic Accounting
Forensic accounting utilizes accounting, auditing, and investigative skills to conduct an examination into a company or individual's financial statements.
more
What Ever Happened to ZZZZ Best?
ZZZZ Best was a carpet cleaning and restoration company that served as a front for a Ponzi scheme.
more
What Is Securities Fraud?
Securities fraud is a form of white-collar crime that disguises a fraudulent scheme in order to gain finances from investors.
more
Partner Links
Related Articles

Mortgage Fraud: Understanding and Avoiding It 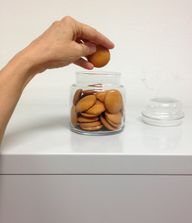 Protect Yourself from Scams That Target Service Members

How Does a Pump-and-Dump Scam Work?