What Is the Fulcrum Point?

In financial markets, the fulcrum point refers to the turning point that marks a major change in direction for a security. The term can also be applied to the economy in general.

A fulcrum point indicates that a sharp price move is about to take place, so investors who can identify them see fulcrum points as a profitable opportunity.

Besides referring to a situation where a market makes a key turn, "fulcrum point" has other meanings. The term can refer to the point or support on which a lever rotates, or to the center of a key activity or situation (like an important person or key decision-maker in a company). In zoology, "fulcrum point" refers to an anatomical structure that acts as a hinge or a point of support.

Fulcrum means "bedpost" in Latin and derives from the verb fulcire—"to prop." When the word was used in the 17th century, it referred to the point on which a lever or similar device (such as the oar of a boat) is supported.

A fulcrum point can be very profitable for investors who are able to identify in a chart's representation that a sharp price move is about to take place. However, fulcrum points are fairly rare and often hard to confirm until they've already happened.

The fulcrum point is found in technical analysis when a chart’s representation signifies a change in direction for a security or index. Such movements can be difficult to identify and predict, but the potential for very high returns keeps many investors looking for them. It is not always clear whether a swift change in direction is real or just appears to be. Fulcrum points can only be positively identified after the fact because there is always the possibility of a false signal.

Traders and technical analysts are always looking for a way to identify fulcrum points in advance, but because fulcrum points are so rare, few investors succeed in both predicting when a movement occurs and in timing the movement correctly. Often what may seem initially to be a major sharp reversal may instead turn out to be just a minor movement before the major trend resumes.

While a fulcrum point signifies a distinct change in the direction of a security or the overall market, a pivot point is a technical analysis indicator used to determine the overall trend of the market over different time frames.

A pivot point is established by finding the average high, low, and closing prices from the previous trading day. Each level is considered a pivot point, and pivot point analysis is often used in conjunction with calculating support and resistance levels. Pivot points are also commonly used indicators for trading futures, commodities, and stocks. Some traders add additional pivots points to expand the range to include up to four additional support and resistance pivot points. Unlike moving averages or oscillators, pivot points are static throughout the day.

How Do You Find the Fulcrum Point?

How Is the Fulcrum Point Used In Stock Trading?

Fulcrum points signify a major movement or sharp reversal with the potential for very high returns. That's why investors are always looking for a way to predict and identify them.

How Is the Pivot Point Used in Stock Trading?

Pivot points are used to determine the overall trend of the market over different time frames. Pivot points are also commonly used indicators for trading futures, commodities, and stocks. They're used to predict support and resistance levels in the current or upcoming session. These support and resistance levels can be used by traders to determine entry and exit points, both for stop-losses and profit-taking.

Fulcrum points indicating a major change in the direction for a security or index are hard to identify and predict. They are rare events, sometimes even a false signal, and usually they are only positively identified afterward. However, they have the potential for substantial high returns.

Article Sources
Investopedia requires writers to use primary sources to support their work. These include white papers, government data, original reporting, and interviews with industry experts. We also reference original research from other reputable publishers where appropriate. You can learn more about the standards we follow in producing accurate, unbiased content in our editorial policy.
Take the Next Step to Invest
×
The offers that appear in this table are from partnerships from which Investopedia receives compensation. This compensation may impact how and where listings appear. Investopedia does not include all offers available in the marketplace.
Service
Name
Description
Related Terms
What Are Double Bottom Patterns?
A double bottom pattern is a technical analysis charting pattern that characterizes a major change in a market trend, from down to up.
more
What Is a Bear Trap?
A bear trap denotes a decline that fools market participants into opening short positions ahead of an upside reversal that squeezes those positions into losses.
more
Dow Theory Explained: What It Is and How It Works
The Dow Theory states that the market is trending upward if one of its averages advances and is accompanied by a similar advance in the other average.
more
Structural Pivot
A structural pivot is a technical analysis price indicator used to identify a change in the market's direction due to structural forces, not cyclical.
more
Downtrend: Definition, Pattern, Examples, Trading Stategies
A downtrend is a gradual reduction in the price or value of a stock or commodity, or the activity of a financial market.
more
Retracement: Definition, Use in Investing, Vs. Reversal
A retracement is a technical term used to identify a minor pullback or a temporary change in the direction of a financial instrument.
more
Partner Links
Related Articles

Best Indicators to Use With RSI 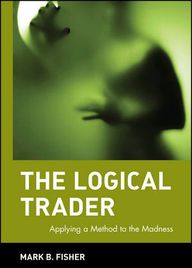 Profit Without Predicting the Market